There have been 2 vessels named Chicoutimi in the Royal Canadian Navy. 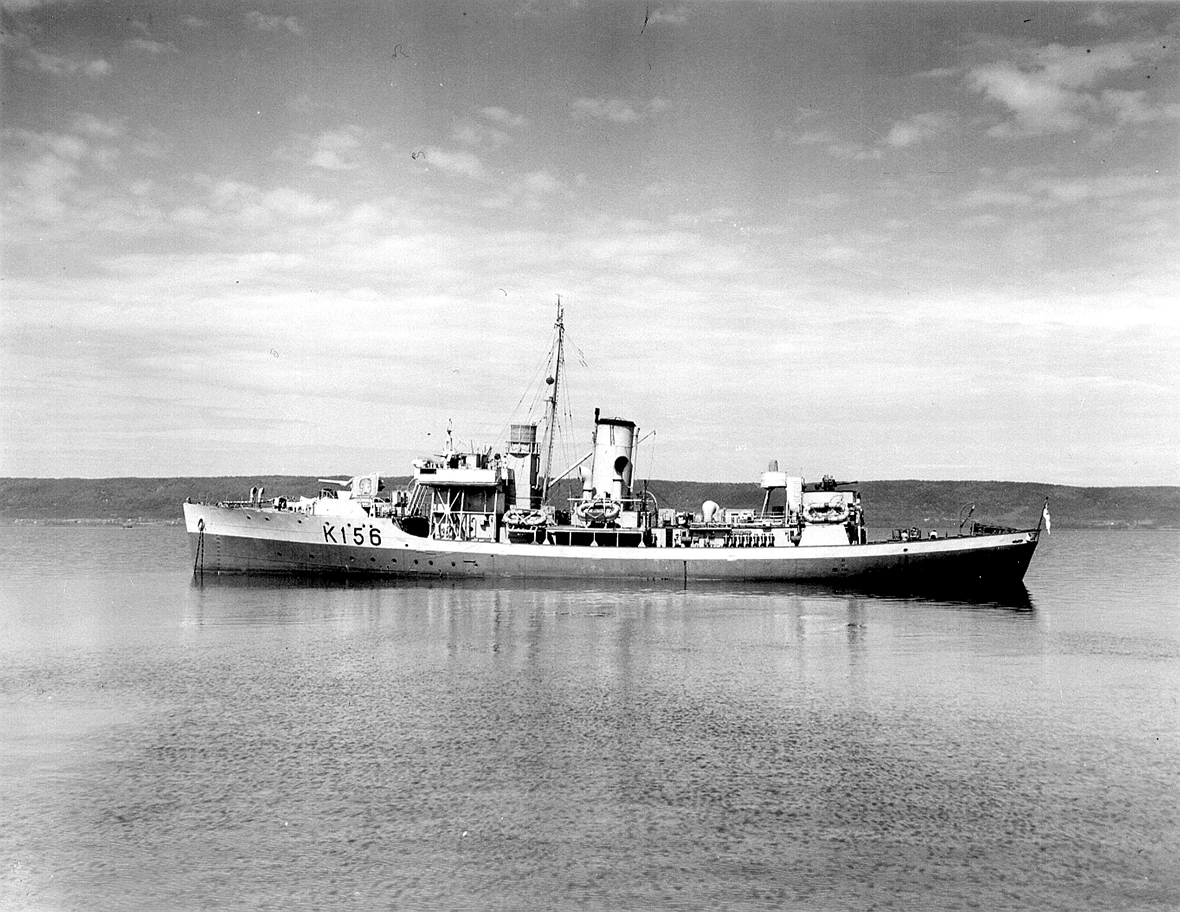 Commissioned at Montréal, Québec, on May 12, 1941, the Flower Class corvette Chicoutimi arrived at Halifax, Nova Scotia, on May 17. She carried out workups and then joined Sydney Force, escorting ocean convoys on the first leg of their eastward journey.

In September, she joined Newfoundland Command and left on September 29 to escort convoy SC.47 to Iceland. She was employed for the next 5 months as an ocean escort between St. John’s, Newfoundland, and Iceland, and later Londonderry, Northern Ireland. Reassigned to Western Local Escort Force, she left Londonderry on February 27, 1942 to meet convoy ON.71. She served with Western Local Escort Force until August 1944, when she was transferred to naval training establishment HMCS Cornwallis as a training ship. In April 1945, she went to Sydney Force and on June 16 was paid off at Sorel, Québec, for disposal. She was broken up at Hamilton, Ontario in 1946. A credit to her builders, Canadian Vickers, Chicoutimi required only 3 short refits during her active career, and she was one of the few corvettes to survive the war with a short forecastle. 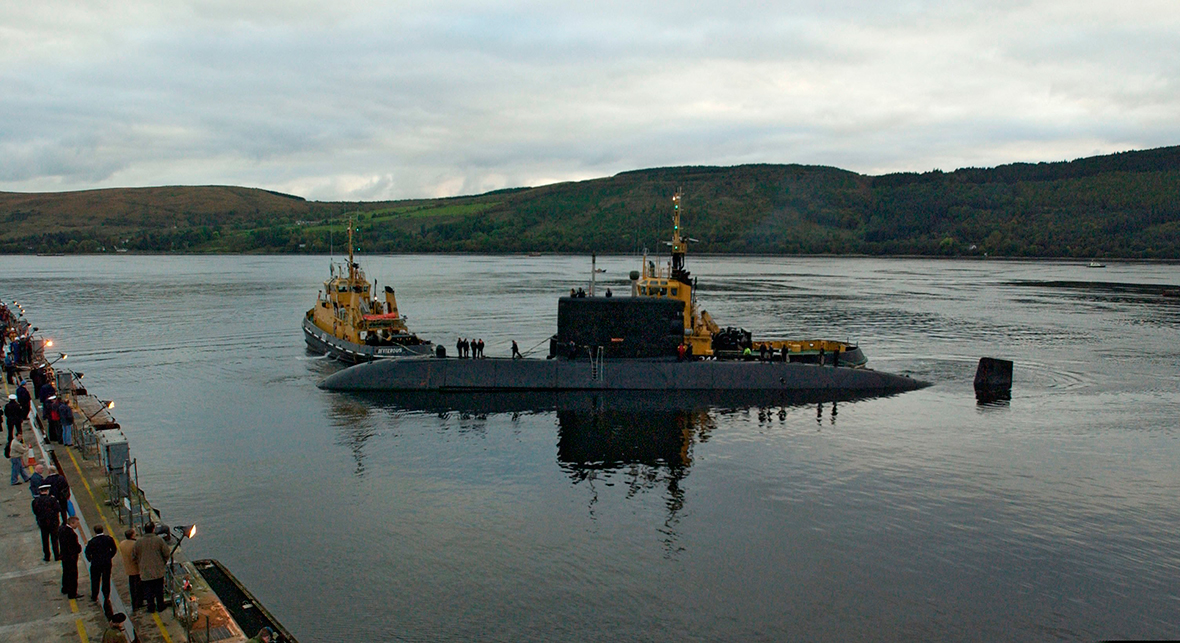 On April 6, 1998, the Canadian Government announced its decision to acquire 4 Upholder Class submarines from the United Kingdom, which had been placed in reserve by the Royal Navy. All boats were re-named and the class designator was changed from Upholder to Victoria. The submarines directly contribute to Canadian security and national defence through their ability to undertake lengthy patrols in Canadian maritime areas of responsibility and in more distant waters.

The former HMS Upholder submarine had been laid up by the Royal Navy in 1994. It began its reactivation in 2002 and underwent extensive work, which lasted almost 3 years. On October 2, 2004, she was officially baptized HMCS Chicoutimi in Faslane, UK, and sailed for Canada on October 4. October 5, 2004, marked the darkest hours in the history of Canadian submarine service when the boat suffered a major electrical fire on her way to Halifax. She was saved by the heroic efforts of the crew, but the fire left the vessel without power or propulsion. Help was dispatched immediately but, unfortunately, 1 officer succumbed to his injuries. In all, 9 crewmembers were injured. An international rescue effort of British, Irish and American naval and civilian vessels rescued the crew and towed the submarine back to Faslane on October 10.

Chicoutimi was repatriated to Halifax on the submersible heavy lift ship Eide Transporter, arriving in Halifax on February 1, 2005. Chicoutimi was not commissioned, pending an assessment into the feasibility of repair. The ship was placed in an Extended Limited Maintenance Period (ELMP). In April 2006, the RCN announced that repairs would be deferred until her Extended Docking Work Period (EDWP), anticipated to start in 2010. It would be the first EDWP to be conducted by industry under the Victoria In-Service Support Contract (VISSC). Chicoutimi was transported to the Canadian Submarine Maintenance Group (CSMG) facility in Esquimalt under the terms of the VISSC, on the submersible heavy lift ship Tern, arriving on April 29, 2009. She entered her EDWP as predicted, in September 2010, and was undocked in November 2013. Chicoutimi began a tiered readiness program to be available for participation in a multi-national exercise in the fall of 2014.

HMCS Chicoutimi was officially commissioned into the RCN fleet at a formal ceremony in Esquimalt on September 3, 2015. 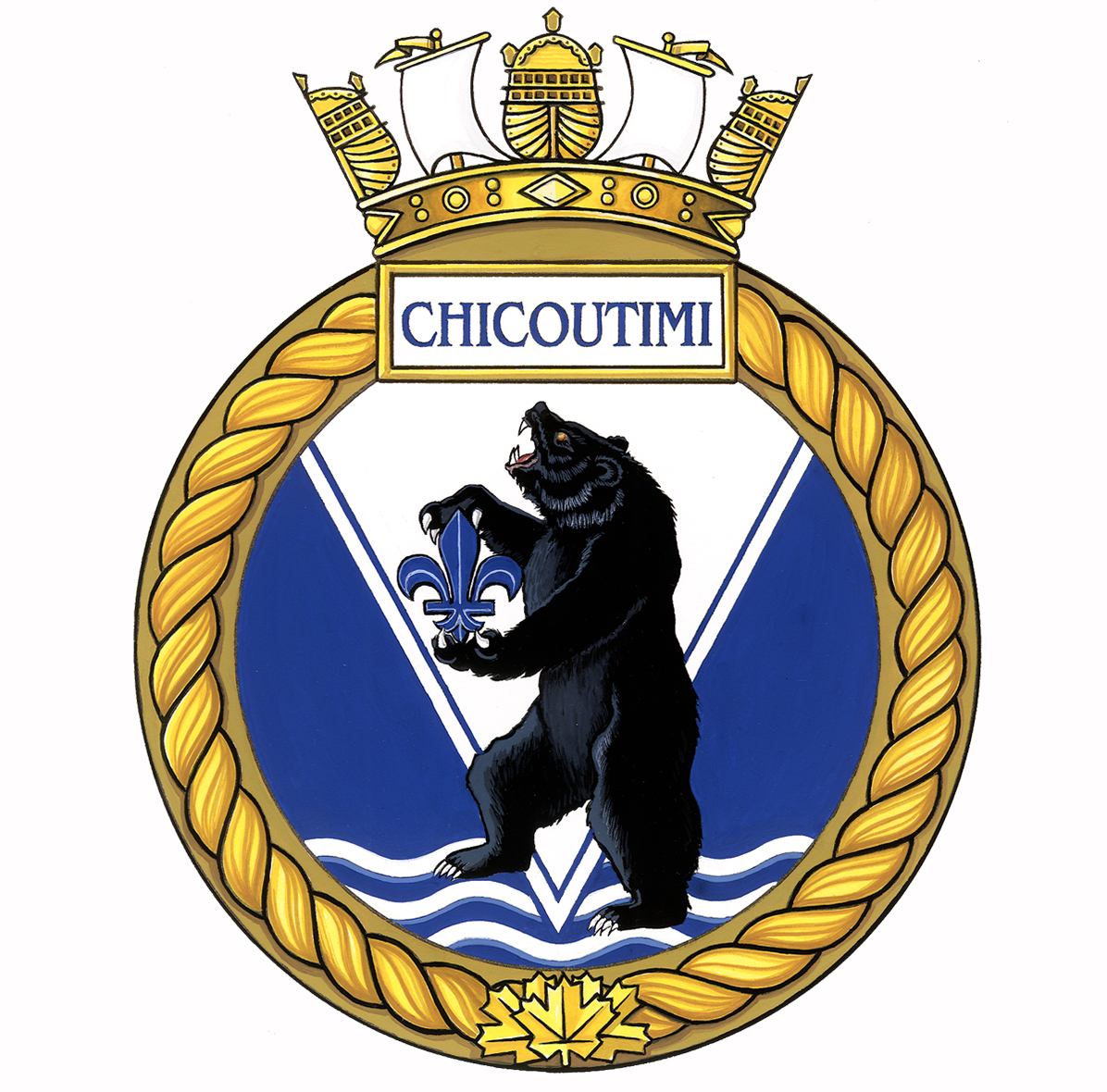