There has been only 1 vessel named Cranbrook in the Royal Canadian Navy. 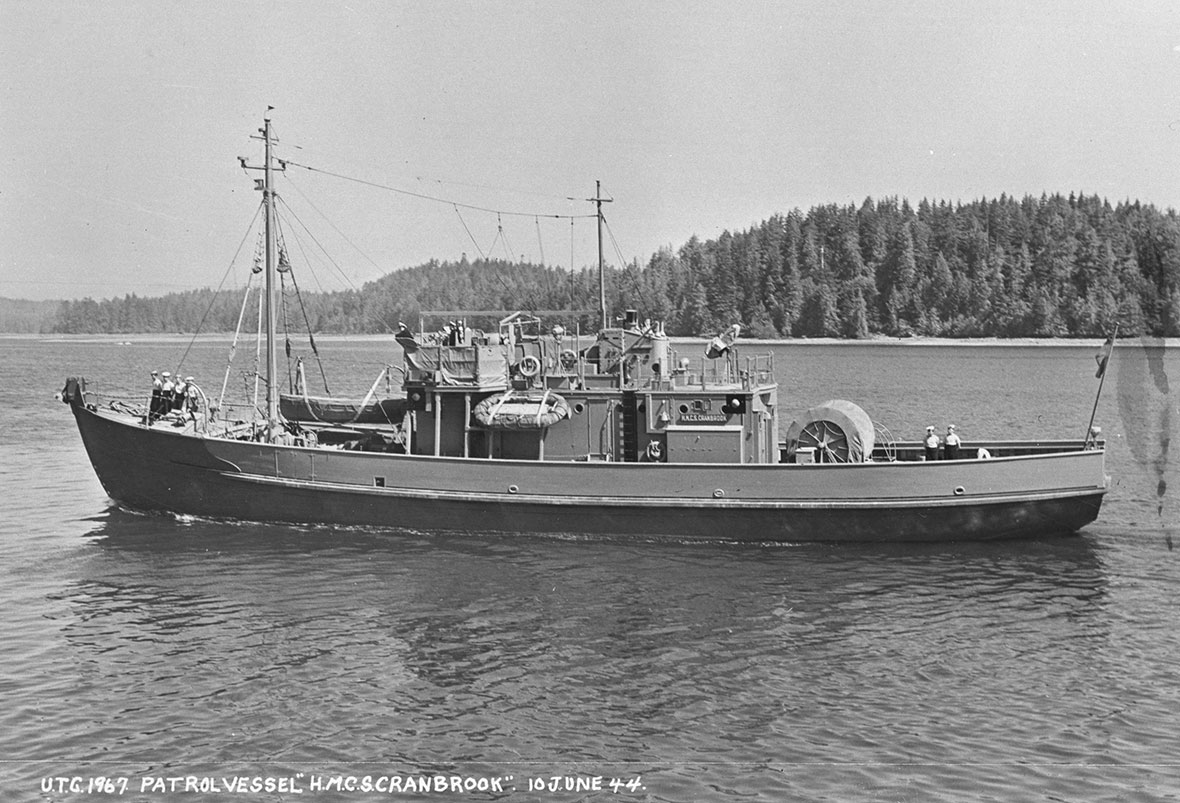 With the entry of Japan and the United States into the Second World War in 1941, Naval authorities on the West coast were faced with the likelihood of Japanese submarine and mining activities for the first time. It was recognized that the existing steel-hulled Bangor, Suderoy and Fundy Class minesweepers were only partially adequate against magnetic mines, degaussing being difficult and not completely effective. Smaller wooden minesweepers, which could be more easily degaussed, were ordered instead – 8 for the west coast and 2 for the east coast. HMCS Cranbrook, 1 of 10 wooden-hulled Llewellyn Class minesweepers, was built at the Star Shipyard Ltd., in New Westminster, British Columbia and was commissioned in that city on May 12, 1944. She was equipped with “double-L” magnetic minesweeping gear.

She was employed on the west coast mainly as a patrol vessel, alternating between Esquimalt Force and Prince Rupert Force until the end of 1945. Some of these patrols would have her delivering stores and personnel intended for the Royal Canadian Navy and the Royal Canadian Air Force stationed in Massett, British Columbia.

On May 12, 1944, HMCS Cranbrook along with her sister-ship HMCS Daerwood were ordered to search for a B-25 Mitchell bomber reported down in around 21 nautical miles South of Cape Cook on Vancouver Island. Unfortunately, an intensive search produced negative results.

On August 27, 1945, HMCS Cranbrook received a message ordering her to sail to Esquimalt, British Columbia, pending instructions as to her disposal. She was paid off November 3, 1945 and sold in 1947.