There has been only 1 vessel named Daerwood in the Royal Canadian Navy. 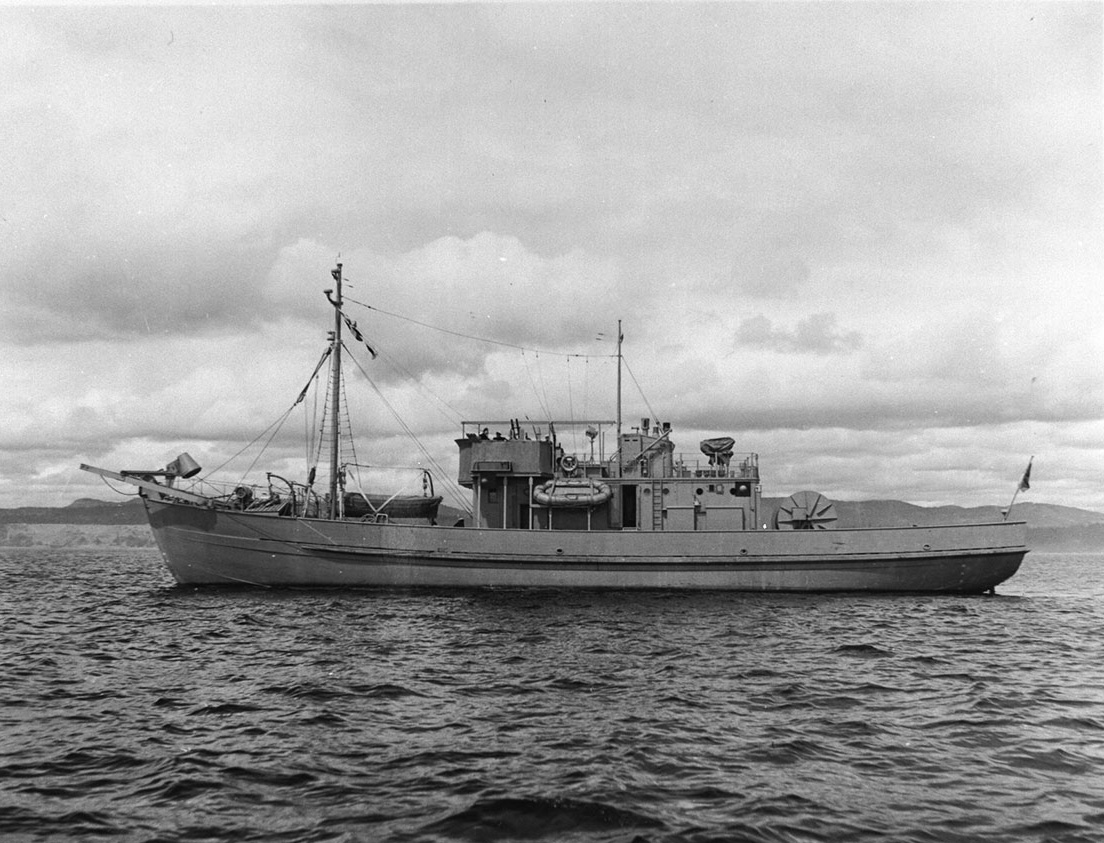 With the entry of Japan and the United States into the Second World War in 1941, Naval authorities on the West coast were faced with the likelihood of Japanese submarine and mining activities for the first time. It was recognized that the existing steel-hulled Bangor, Suderoy and Fundy Class minesweepers were only partially adequate against magnetic mines, degaussing being difficult and not completely effective. Smaller wooden minesweepers, which could be more easily degaussed, were ordered instead – 8 for the west coast and 2 for the east coast. HMCS Daerwood, one of 10 wooden-hulled Llewellyn Class minesweepers, was built at the Vancouver Shipyards Ltd., Vancouver British Columbia and was commissioned there on April 22, 1944. She was alternatively named in honour of Selkirk, Manitoba because there already was another ship, in a Commonwealth navy, bearing the name Selkirk . She was the first of her class to enter service on the west coast. She was equipped with “double-L” magnetic minesweeping gear.

For the first 10 months of her commission, HMCS Daerwood was based at Esquimalt, British Columbia. In 1944, HMCS Daerwood along with her sister vessels, was employed on continuous patrols, searching for drifting mines as well as keeping an eye out for Japanese mine-laying submarines. As winter approached, the sea duties became less arduous, but with the return of spring, HMCS Daerwood was spending an average of 20 days a month on patrol.

In May 1945, with the surrender of Germany, and the turning of the tide in the Pacific, tension lessened on Canada’s west coast. For the next 3 months, HMCS Daerwood and her sister-ship HMCS Coquitlam were employed as examination and traffic control craft at the entrance to Prince Rupert, British Columbia, checking the status of all ships entering port and directing them through the harbour boom defences.

Following cessation of hostilities with Japan, HMCS Daerwood remained only a month at her harbour duties, and on November 28, 1945 was paid off. In August 1946, she was purchased by J.A. Neilson of Vancouver.