There has been only 1 vessel named Guysborough in the Royal Canadian Navy. 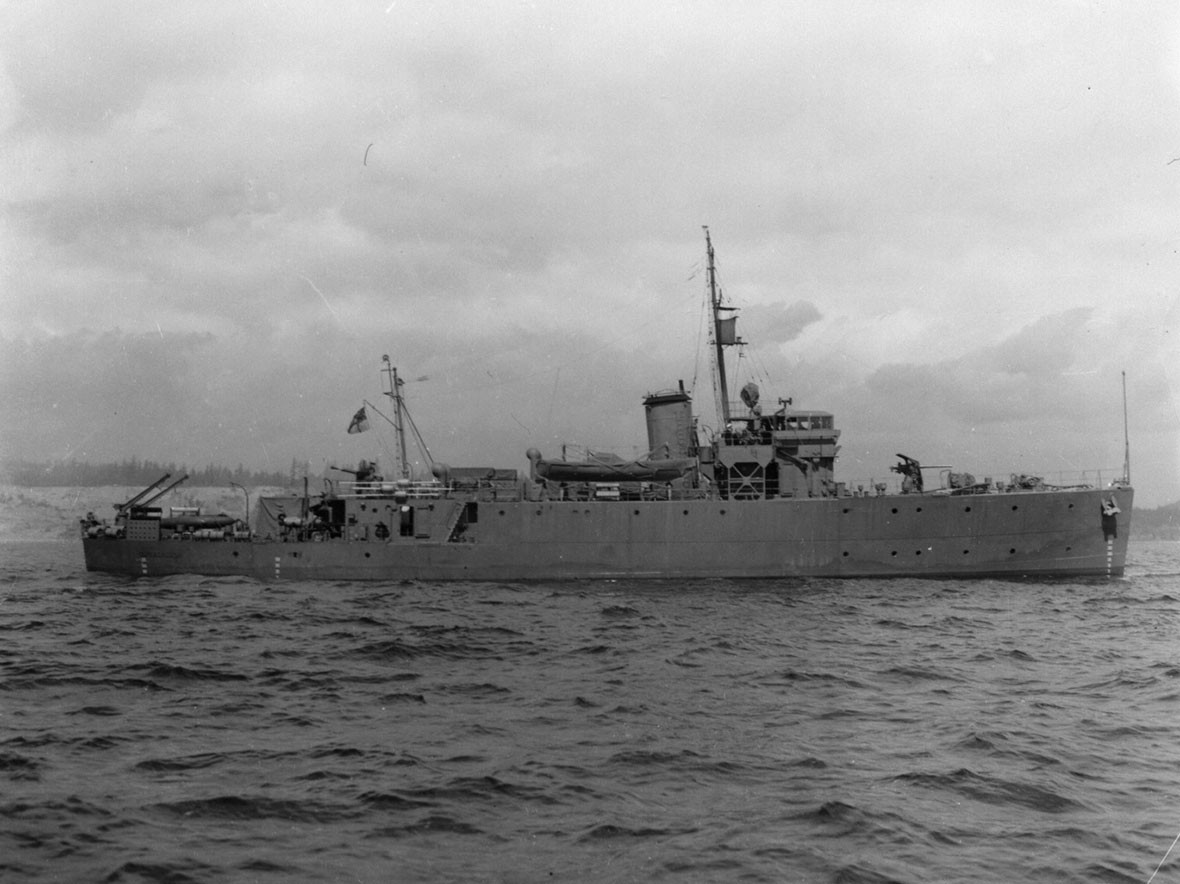 Built at Vancouver, British Columbia for the Royal Navy but transferred to the Royal Canadian Navy for manning, the Bangor Class minesweeper Guysborough was commissioned on April 22, 1942, and assigned to Esquimalt Force.

On March 17, 1943, she left for Halifax, Nova Scotia and arrived on April 30. After brief service with Western Local Escort Force, she joined Halifax Force. In mid-September, Guysborough underwent 6 weeks’ refit at Baltimore, Maryland.

On February 21, 1944, with HMCS Canso, HMCS Kenora and HMCS Wasaga, she left Halifax for the Azores en route to Plymouth, England, where she arrived on March 8. Guysborough was assigned to the 14th Minesweeping Flotilla and was present on D-Day.

That December, she returned to Canada for refit at Lunenburg, Nova Scotia, after which, bound again for Plymouth, England, she was torpedoed and sunk on March 17, 1945, by the submarine U-878 off Ushant Island in the English Channel. Fifty-one of her complement lost their lives.