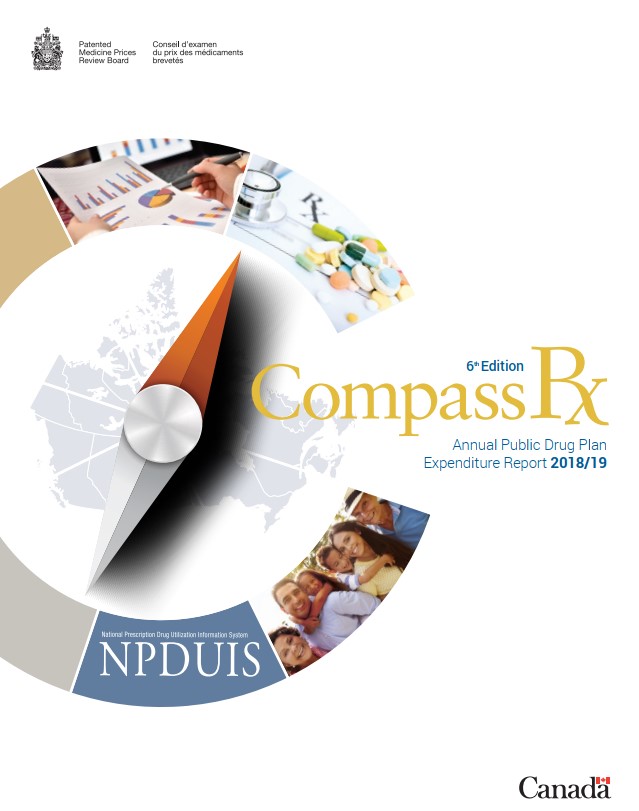 Prescription drug expenditures for the NPDUIS public drug plans increased by 5.6% in 2018/19 to reach $12.1 billion, driven primarily by a marked increase in the use of higher-cost drugs and the introduction of Ontario’s OHIP+ program.

The PMPRB’s CompassRx report monitors and analyzes the cost pressures driving changes in prescription drug expenditures in Canadian public drug plans. This sixth edition of CompassRx provides insight into the factors driving growth in drug and dispensing costs in 2018/19, as well as a retrospective review of recent trends in public drug plan costs and utilization.

The findings from this report will inform policy discussions and aid decision makers in anticipating and responding to evolving cost pressures.

Prescription drug expenditures for the NPDUIS public drug plans increased by 5.6% in 2018/19, bringing annual spending to more than $12 billion.

Drug cost growth for the NPDUIS public plans in 2018/19 was primarily driven by a greater use of higher-cost drugs as well as the introduction of the OHIP+ program in Ontario, and was offset in part  by savings from generic price reduction and substitution.

Dispensing costs in the NPDUIS public plans reached $2.4 billion in 2018/19, marking notable growth over the previous year, largely as a result of Ontario’s OHIP+ program.