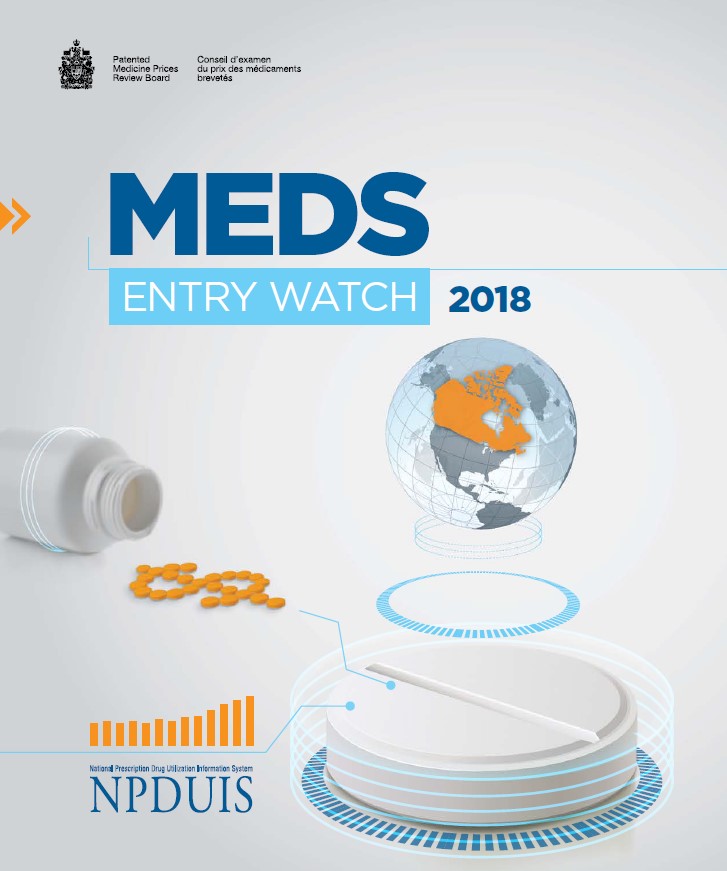 This is the fourth edition of the PMPRB’s Meds Entry Watch report, which explores the market entry of new medicines in Canada and other countries. Building on the retrospective analysis of trends since 2009, this report focuses on medicines that received first-time market approval through the US Food and Drug Administration (FDA), the European Medicines Agency (EMA), and/or Health Canada in 2017 and 2018, and analyzes their uptake, pricing, sales, and availability as of the last quarter of 2018 (Q4-2018). This edition includes a new Canadian section with information on medicines that received their first Health Canada approval in 2017, as well as those that were approved for new indications.

This publication informs decision makers, researchers, and patients of the evolving market dynamics of emerging therapies in Canadian and international pharmaceutical markets.