Biosimilars in Canada: building momentum in the wake of recent switching policies

I have no actual or potential conflict of interest in relation to this topic or presentation.

Biologic medicine sales have tripled over the last decade 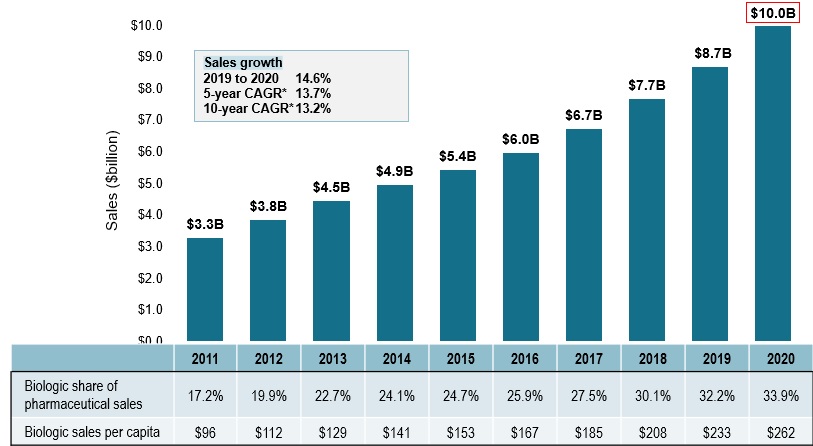 Biologic share of total sales and sales per capita, OECD*, 2020 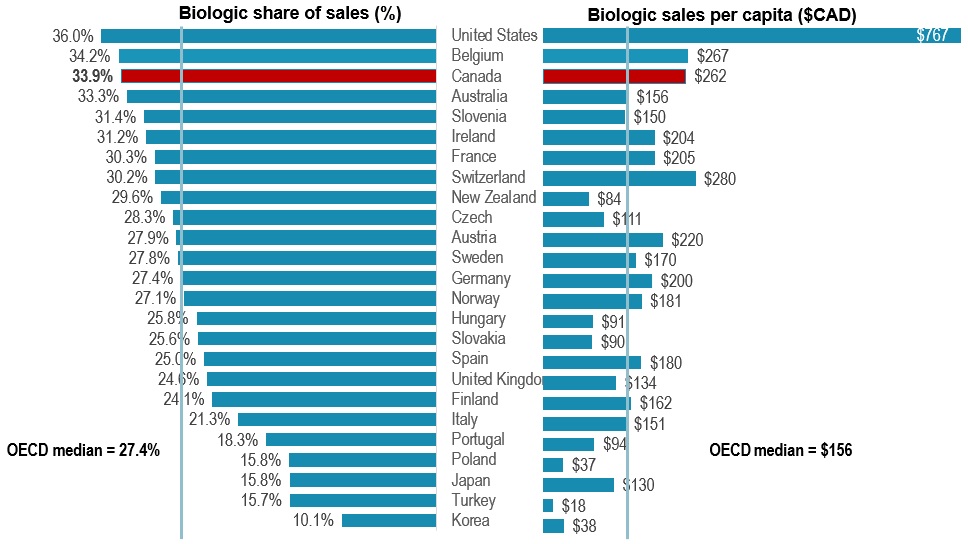 * Countries with limited sales data were excluded from this analysis.
Note: Includes all prescription biologics as per Health Canada’s Drug Product Database (DPD) Schedule D and Prescription lists, as well as insulin biologics in Canada as of 2020.
Data source: MIDAS® Database, prescription retail and hospital markets, 2020, IQVIA (all rights reserved).

Availability of biosimilars in Canada has increased recently, without a major impact on overall costs

Cumulative number of medicines* with biosimilars approved in Europe, the US, or Canada, 2006 to 2020

Biosimilar uptake in Canada is moderate compared to other OECD markets 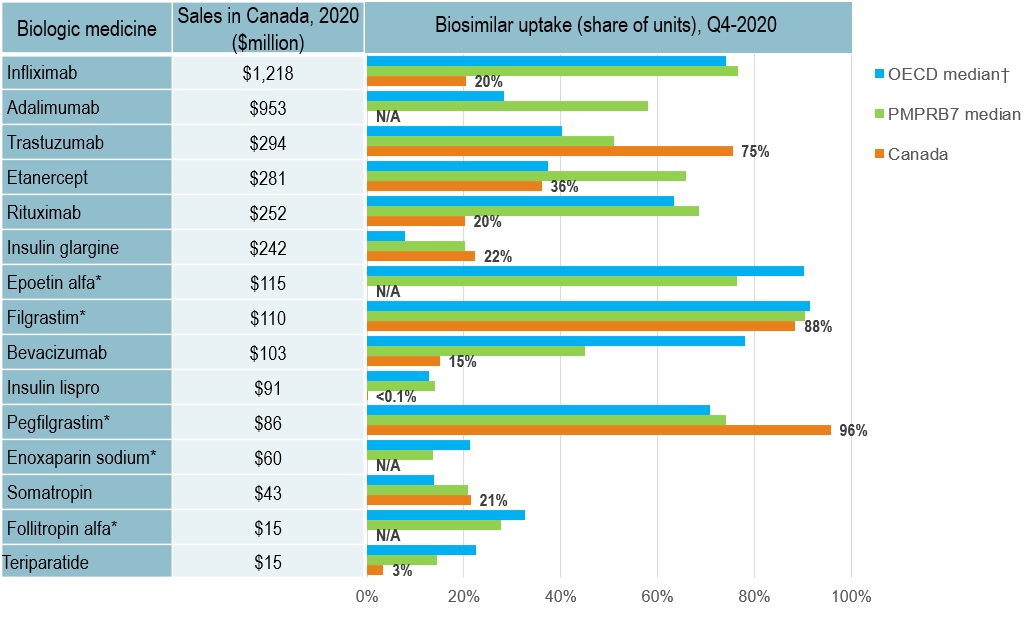 Biosimilars are not interchangeable with the reference biologic.

Switching is not mandatory; Health Canada recommends that a decision to switch a patient from a reference biologic drug to a biosimilar be made by the treating physician in consultation with the patient and take into account any policies of the relevant jurisdiction.

Strategies/initiatives undertaken by the manufacturer of the originator biologic may limit the uptake of biosimilars.

† Based on Ontario Drug Benefit formulary listing price at the time of the biosimilar entry. This price may change over time; for
example, the list price for Brenzys was recently lowered to match Erelzi.
‡ Based on the value reported in CADTH’s Biosimilar Summary Dossier, which sourced prices from Alberta’s Health Formulary
as Alberta was the only CDR-participating jurisdiction with publicly available pricing for Neulasta at the time of the biosimilar entry.

Health Canada - Regulatory Review of Drugs and Devices, which included a project to improve access to biologicals (biosimilars and non-biosimilars)

Since May 2019, public drug plans in four provinces have launched non-medical biosimilar switching policies, including British Columbia, Alberta, New Brunswick and Quebec, requiring patients to use biosimilars of approved indications 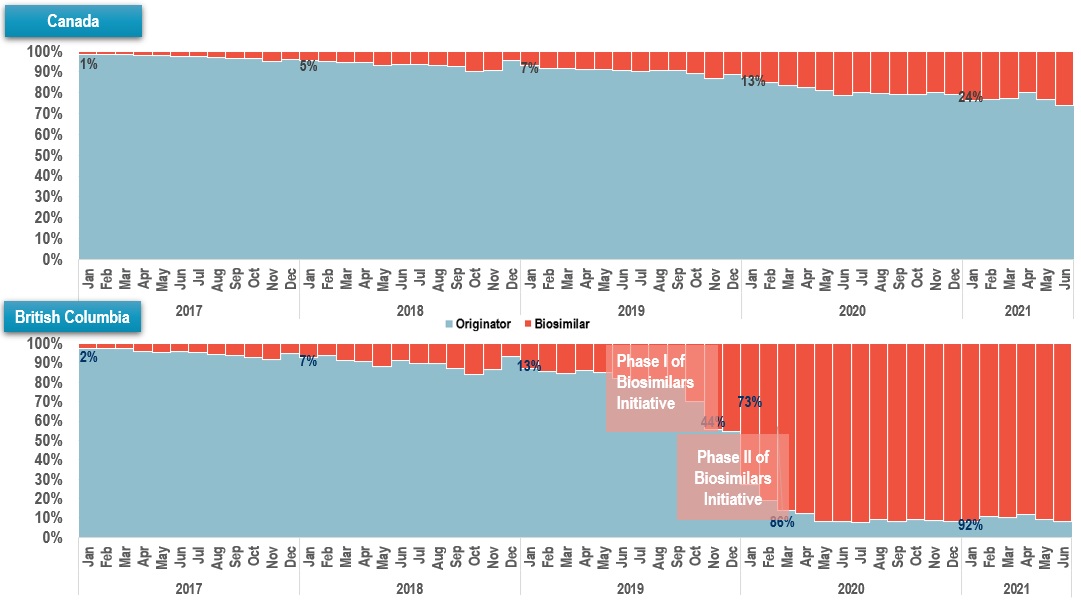 Cost implications of wider uptake* of biosimilar use prompted by biosimilar switching initiatives, 2020

*  Based on the biosimilar uptakes in British Columbia, resulting from Phase I & II Biosimilars Initiatives under the PharmaCare program.
** The biologic medicines targeted by Phase I & II Biosimilars Initiatives in British Columbia PharmaCare.
† Prescription retail and hospital markets, sales made directly from the manufacturer or through a wholesaler and may include mark-ups. Cash discounts and rebates are not reflected.
^ Total results for the biologic medicines and provinces reported in this table.

* The aggregated biosimilar units share out of the total units for the same biologic ingredient in the year of 2020.