What is socio-economic status? Why does it matter?

Socio-economic status (otherwise known as SES) refers to an individual’s level of income, wealth, education, and prestige.Footnote 1 Disparities in SES are a great cause for concern today as they are increasing throughout the world.Footnote 2 Although socio-economic status has been clearly associated with the well-being of adults and young children, its impact on adolescents has been controversial.Footnote 3 Some studies find that young people with higher SES have better health and other studies show no effect of SES on health in adolescence. These differing results could be due to studying different youth age groups or to difficulties in measuring SES accurately in the adolescent population. 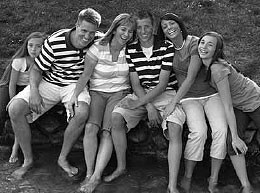 How are socio-economic conditions measured by the HBSC study?

In the HBSC study, students were asked to identify their parents’ types of occupations; if parents were not employed, students were requested to give a reason for the economic inactivity. The study asked young people about perceptions of their family’s wealth in comparison to the wealth of other families.

Students were also asked questions about their family’s material assets, and its use of wealth, as a reflection of family income. Responses were combined to create a family affluence scale that is used in future chapters.

The study gathered information about household deprivation by asking students how often they went to bed hungry due to a lack of food in the house. (This question could measure either family functioning or household wealth.) Similarly, students were asked about their neighbourhood surroundings, including particular conditions that might impact on their health, such as the presence of gangs, litter, and run-down housing.

What are we reporting on in this section?

In this section, we report on the findings related to parent occupation, perceived family wealth, family affluence, and deprivation in the form of hunger and poor neighbourhood conditions, and what they indicate in terms of disparities in the SES of Canada’s young people. We also describe the family affluence scale that was developed for use in examining the relationship between SES and adolescent health behaviours and outcomes.

Approximately 90% of Canadian students across Grades 6 to 10 report having fathers who are employed; about 82% of students report that their mothers are employed (not shown).

While 10% of students indicate that their local area is not well off, 58% report that their neighbourhood is well off (Figure 2.42).

There are clear differences in SES measures among Canadian young people. Although a high proportion of youth report having common family assets and expenditures, only a small majority perceive their families to be quite well off or very well off. This suggests that young people consider their family’s wealth relative to others to be as important as their assets.

Measures used in this report

Four measures of family wealth were used in the development of a family affluence scale, based on current scientific literature.Footnote 4 Footnote 5 The four survey items include: having one’s own bedroom; family ownership of a car, van, or truck; going on holiday/vacation; and family ownership of a computer. A family’s ability to afford vacations was measured by asking how often students had been on holiday with their family within the previous year. Only those students with complete data for the four items were included. 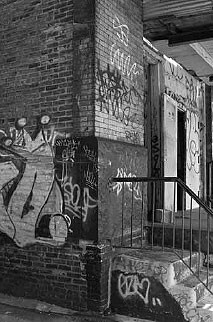 Same reference as in note 1 above.