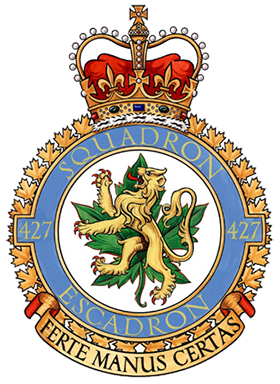 We provide dedicated Special Operations Aviation effects as part of high-readiness Special Operations Task Forces. In the likelihood of domestic operations, we also offer secondary support in the delivery of tactical and utility aviation services. This includes secondary search and rescue.

Our members embody the core values ​​of the Canadian Armed Forces, such as a sense of duty, loyalty, integrity and courage.

In 1942, 427 Lion Squadron was created. It disbanded after the war ended, but in 1962, was called into action as a fighter squadron before being disbanded again eight years later. The squadron went back into operation as a tactical helicopter unit in 1971. In 1992, the unit was deployed to Somalia in support of Operation Deliverance, where it distinguished itself during daytime and nighttime operations; and provided support for humanitarian missions in Haiti in 1995. In 2006, the unit joined CANSOFCOM and was given its current name.