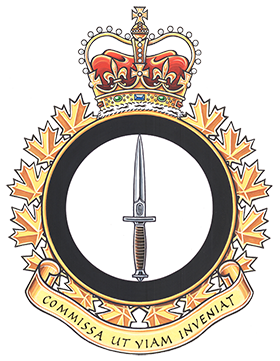 Joint Task Force 2 (JTF 2) is an extremely high-readiness and precise special operations forces unit. JTF 2 exists to protect the Canadian national interests and combat terrorism and threats to Canadians at home and abroad.

We are developing new tactics to stay ahead of our opponents. We are also testing new technology that will be adopted by the Canadian Armed Forces (CAF).

We are involved in a wide range of missions with various CAF internal oversight bodies to provide complimentary and unique capabilities.

We are subject to strict security measures to protect the unit and its mission. Despite those measures, the Canadian government authorizes our missions and general tasks at all times.

We are known for our great professionalism and discretion during operations.

We train our members to a high standard so that they can operate effectively in a very stressful environment. The reputation and respect of our unit rests on the quality and exceptional ability of our members.

Built on trust, our reputation has allowed the unit to establish effective relationships with its allied special operations forces counterparts.

JTF 2 was created in 1993. Prior to that, the federal responsibility for hostage rescue and counterterrorism in Canada was with the Royal Canadian Mounted Police Special Emergency Response Team (SERT). After the events of 9/11, the unit was committed to the international special operations forces coalition in Afghanistan. This deployment was the first time JTF 2 was used in a major combat role outside Canada.

Our unit continues to accept Notice of Intents (NOIs) and applications from Canadian Armed Forces (CAF) members during COVID-19.

If you are experiencing challenges submitting an NOI or completing your application, please contact us at: OTGRecruit@forces.gc.ca

We remain confident that the assessment phases for both Special Operations Assaulter (SOA) and Special Operations Coxswain (SOC) will continue this year.  Amended Canadian Forces Generated (CANFORGEN) messages with updates are pending publication and will be accessible through the Canadian Armed Forces (CAF) application (app) for smartphones.  These are the changes: