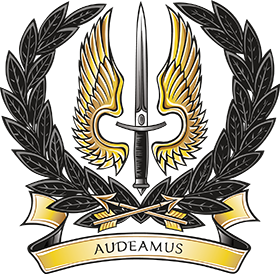 The Canadian Special Operations Regiment (CSOR) is a Special Forces unit. It has the capability and responsiveness to operate in harsh environments throughout the range of conflict.

We provide the Canadian Special Operations Forces Command (CANSOFCOM), the Canadian Armed Forces (CAF) and the Government of Canada with a versatile and multi-mission force that is capable of delivering tactical to strategic level effects.

We deliver a robust, flexible and high-readiness expeditionary force that can be deployed abroad or in defence of Canada.

We can be used as a strategic asset for the Government of Canada. We are capable of breaching and disrupting enemy defensive systems, strike, seizure and control operations.

We pursue mastery of the core skills of Special Warfare, Special Reconnaissance and Direct Action.

We are trained to operate from advise and assist to direct action and adapt to dynamic security environments.

Our supporters play an integral role in CSOR’s operational effectiveness, both at home and abroad. They are capable of working under harsh conditions and with minimal direct supervision, while producing high quality results in the execution of a mission.

CSOR was established in 2006. Its roots began during the Second World War, when Canadians served with distinction in several types of Allied Special Forces units. The legendary U.S. and Canadian-combined First Special Service Force (FSSF) was known as the Devil's Brigade. It achieved a sterling combat record despite overwhelming odds against it.

CSOR will continue to accept Notice of Intent Forms (NOIs) and applications from Canadian Armed Forces (CAF) members during COVID-19 for both Special Forces Operator applicants, and Specialists/Supporters.

There is no direct entry plan for civilians entering CSOR at this time. If you are interested in joining the CAF, please contact your local recruiting centre.

Currently NOIs are submitted via DWAN only. If you are experiencing challenges submitting an NOI or completing your application, please contact us via email at CSOR.Recruiting@forces.gc.ca

Amended Canadian Forces Generated (CANFORGEN) messages with updates are pending publication and will be accessible through the CAF application (app) for smartphones.  See below the most up-to-date information: