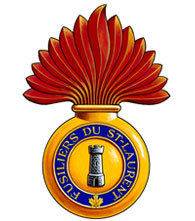 Les Fusiliers du St-Laurent is one of the oldest infantry regiments in Canada. Most of its members train as soldiers on a part-time basis. The majority of them are students or civilian workers. Since its founding in 1869, the regiment has participated in the two world wars and in numerous peacekeeping operations with the United States and has provided assistance to the civil authorities in operations such as the ice storm. The regiment today has over 200 members, divided into three companies located in the cities of Rivière-du-Loup, Rimouski and Matane. As a Reserve unit, the role of Les Fusiliers du St-Laurent is to support the Regular Force in fulfilling Canada's defence commitments with professionalism.

The official history of Les Fusiliers du St-Laurent can be found at the Directorate of History and Heritage website.