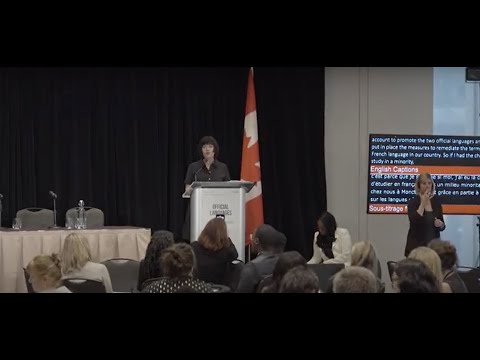 Official Languages : Thank you to everyone who answered the call

Consultations took place between May 24 and August 31, 2022. The results of these consultations are available in the Report on the 2022 Cross-Canada Consultations on Official Languages.

The Honourable Ginette Petitpas Taylor, Minister of Official Languages, has a mandate to develop a new plan for official languages. This process is informed by a consultation exercise that ran from May 24 to the end of August. The consultations targeted the general public, official language minority communities, advocacy organizations, provincial and territorial representatives, and federal institutions and organizations.

Through this new Action Plan, the Government of Canada is committed to doing more and doing better, in order to maintain its support for the vitality of official language minority communities and the advancement of the two official languages. In addition, it will give special attention to the protection and promotion of French across Canada, including in Quebec. The government wants to renew its efforts in the area of official languages in a way that reflects and showcases the strengths associated with the rich diversity of our communities.

The purpose of this plan is to use programs and funding to further and support the full gamut of legislative and administrative measures in the reform document entitled English and French: Towards a Substantive Equality of Official Languages in Canada.

Where did the consultations take place?

As part of the public consultations conducted by the Minister of Official Languages and Minister responsible for the Atlantic Canada Opportunities Agency from May to August 2022, certain thematic events were anticipated.

Agents are available to answer your questions Monday to Friday, 8:30 am to 5 pm (ET).