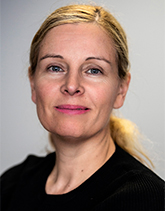 Isabelle joined Canada’s public service in 1994 as an employee of the Department of Revenue. She has held a wide range of positions, including in the Intergovernmental Affairs, Machinery of Government and Senior Personnel sections at the Privy Council Office.

Isabelle has a Bachelor of Law degree (1989) and a Master of Law degree (1994) from the Université de Montréal. She was called to the Barreau du Québec in 1990. She practised law in the private sector, with a focus on administrative, environmental and municipal law.

Isabelle is originally from the Laurentian region and has lived in Ottawa since 1996.

She is the mother of two teenagers.