The Maritime Engineering Journal (MEJ) has been the principal publication of the Royal Canadian Navy’s Naval Technical Community; this community includes past and present serving members of the Royal Canadian Navy and Public Servants. Since 1982, the MEJ provides unclassified discussion surrounding naval technical challenges, naval history, and human interest stories from within the Naval Technical Community.

Civilian-crewed tugboats in the Royal Canadian Navy’s (RCN) auxiliary fleet might lack the flash and glamour of the large grey combatants, but these sturdy workhorses play an indispensable role in the movement and safety of warships inside harbour limits, and in other operations offshore.

The summer of 1990 started out relatively quietly for me. Having completed the Canadian Patrol Frigate Naval Electronics Technician (Systems) course at the Paramax Electronics facility in Montréal in mid-July, I was back in the HMCS Halifax shore office at CFB Stadacona in Halifax, NS.

In a fast-paced, data-driven and data-dependent world where the evolution of technology has led to impactful transformations across many domains, the Royal Canadian Navy (RCN) must necessarily do its best to adapt and implement integrative systems, and promote a culture of innovation within its ranks. 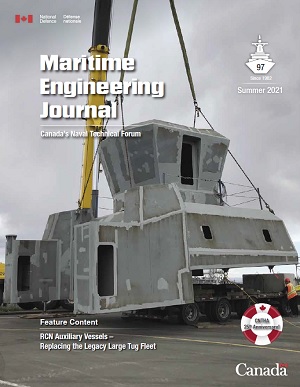