The Canadian Corps captured Hill 70, near Lens, France, during the First World War. This and further attacks on Lens achieved the desired results, even though much of the town was still in German hands. Fighting from August 15 to 25 cost the Canadians almost 10,000 casualties (killed, wounded and missing).

In July 1917, the Canadian Corps received orders to capture the city of Lens. Lieutenant-General Sir A.W. Currie, the newly appointed Corps Commander, planned to first take the high feature of Hill 70 that dominated Lens from the north.

The attack, originally planned for the end of July, was postponed due to weather until mid-August. This allowed the Canadian Corps to increase its preparations for the coming operation.

As part of its preparations, the Canadian Corps conducted raids against German outposts and the Canadian gunners undertook a programme of wire-cutting, destroying German artillery positions and gas shelling.

Engineers also prepared special drums of oil to be used on the morning of the attack to create a smoke screen.

The infantry rehearsed their attack over similar terrain, but unlike previous attacks, there was no large preparatory barrage which would have given the enemy warning of an impending operation.

Having planned for the inevitable German counter-attacks these formations consolidated their gains rapidly and the artillery began its programme of shelling the known areas where the Germans would assemble for their counter-attacks. Over the next several days, the Germans mounted at least 21 counterattacks against the Canadian defenders of Hill 70. 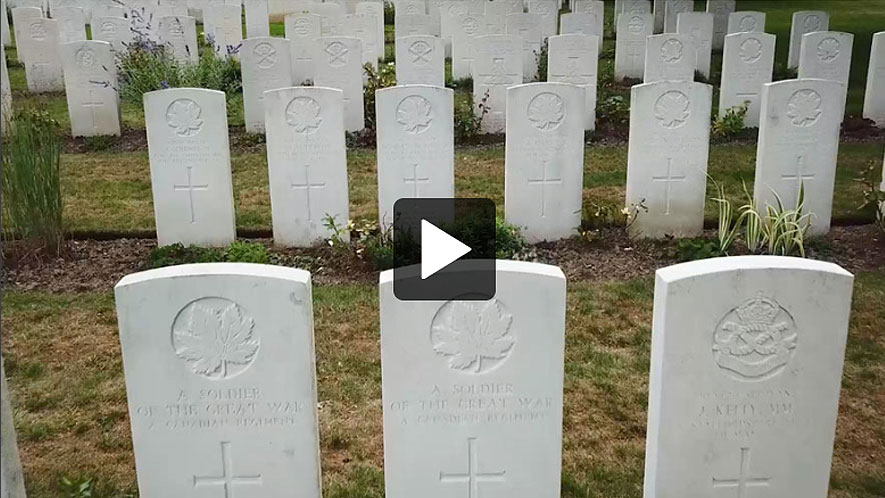 On 18 August, General Currie planned to improve the position in front of Lens on the southern edge of Hill 70. The 2nd and 4th Divisions supported by the grouping of the artillery from three Divisions plus the Corps' heavy artillery and guns of the Royal Canadian Horse Artillery launched their attack on 21 August.

However, the Germans had anticipated the attack and even under the heavy barrage made the Canadian advance difficult. The attacks continued for the following days with little success and operations came to an end on 25 August. Even if the Canadians had not taken Lens, they had secured Hill 70 which dominated that city and it remained in Allied hands until the end of the war.

The capture of Hill 70 and the subsidiary attacks on Lens, achieved the desired results, even though much of the town was still in German hands. The fighting between 15-25 August cost the Canadians almost 10,000 casualties (killed, wounded and missing). The Canadian Corps battered five German divisions and their effort had contributed towards wearing down the enemy.

Over 1,300 soldiers of the Canadian Corps killed in action between 15 and 25 August 1917 have no known grave. Using a combination of historical research, forensic anthropological analysis, and genetic (DNA) analysis, the Directorate of History and Heritage of the Department of National Defence has identified the following soldiers whose remains were recovered due to modern human activity.