Every two months or so, radars are taken off line for routine maintenance. This maintenance is scheduled during times of low likelihood of severe weather. Occasionally, radars also go offline due to a mechanical, electrical, technical, or telecommunications related problem.

The Government of Canada announced on February 28, 2017, the replacement of its weather-radar network. During the construction period, until the new radar becomes fully operational, the radar image for that location will be displaying data combined from neighbouring radar sites (including US radars). For more information on this project please visit the following page: Modernizing Canada’s weather-radar network.

In case of an outage

We continue to provide weather services by using data from neighbouring radars since, wherever possible, the coverage of the radars has been designed to overlap.

The figures below show an example of the area covered by Superior West radar and a composite image (also called contingency product) built from two Canadian and two American radars during an outage of this radar. We can see that these four radars overlap each other's in many areas. The red circles will be activated on the image only if the contributing radars to the composite image are available. 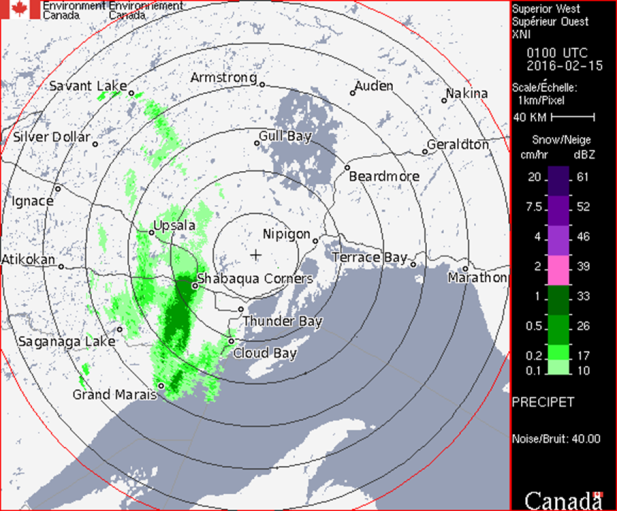 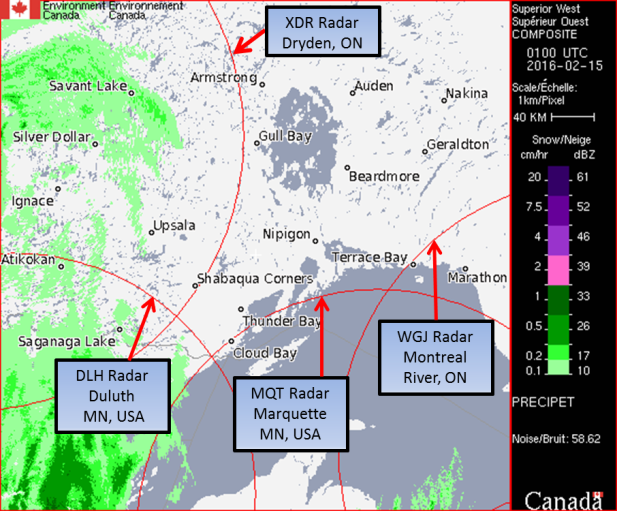 In addition to our radars

For areas with no radar overlap, a variety of other tools help meteorologists detect and predict severe weather: