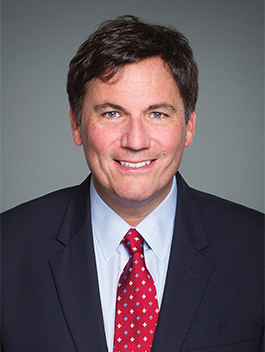 Represents the riding of Beauséjour

First elected in 2000 and re-elected seven times since, the Honourable Dominic LeBlanc has represented the riding of Beauséjour for over 20 years. He currently serves as Minister of Intergovernmental Affairs, Infrastructure and Communities and Chair of the Sub-Committee on the federal response to the Coronavirus disease (COVID-19).

He has served as Minister of Northern Affairs and Internal Trade, President of the Queen’s Privy Council for Canada, Minister of Fisheries, Oceans and the Canadian Coast Guard, and Leader of the Government in the House of Commons. On a number of occasions, he also served as Minister of Intergovernmental Affairs concurrently. He was previously Senior Advisor to former Prime Minister Jean Chrétien, Deputy Government Whip, and Parliamentary Secretary to the Minister of National Defence.

Before entering politics, Minister LeBlanc attended the University of New Brunswick and later Harvard Law School, before beginning a career as a lawyer with Clark Drummie in Shediac and Moncton, New Brunswick.

Minister LeBlanc is married to Jolène Richard, a former Chief Judge of the Provincial Court of New Brunswick.