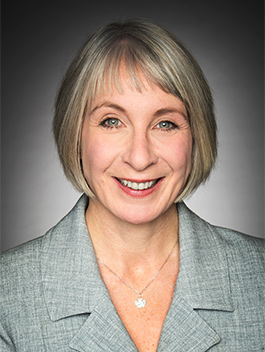 The Honourable Patty Hajdu was first elected as the Member of Parliament for Thunder Bay-Superior North in 2015. She has previously served as Minister of Health, Minister of Employment, Workforce Development and Labour, and Minister of Status of Women.

Before entering politics, Minister Hajdu was the Executive Director of Shelter House Thunder Bay and a co-author of the Thunder Bay Drug Strategy. She also previously worked in public health and focused on drug policy, youth development, and homelessness.

She is a compassionate advocate for Thunder Bay—Superior North and all of Canada, believing that a more inclusive country benefits everyone. As Member of Parliament, she remains firmly focused on ensuring every Canadian has a fair shot at success.

Minister Hajdu is a graduate of Lakehead University and earned a Master’s degree in Public Administration from the University of Victoria.