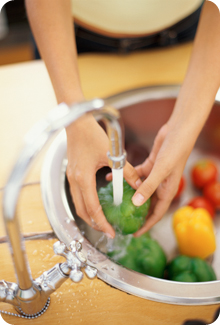 To be healthy, we need to eat a variety of foods, especially fresh fruits and vegetables. Pesticides play an important role in making sure there is enough food for everyone, by protecting crops from pests like insects, weeds, and fungal diseases.

While pesticides help protect our food supply, some people have concerns about pesticide residue that may be on the food they eat.

After a pesticide is applied to a food crop, trace amounts of pesticide residues may stay in or on the food. Pesticides intended for use on food crops must be tested for the safety of these residues.

As part of the assessment process before a pesticide can be used on a food product, Health Canada scientists must study whether the pesticide residues that may be found in or on food will be a concern to human health, and determine the safe levels of residues, called Maximum Residue Limits, or MRLs.

Is it safe to eat food treated with pesticides?

Maximum residue limits are regulated under the Pest Control Products Act. Establishing science-based MRLs helps ensure that pesticides are being used properly by growers, and provides Canadians with access to a safe food supply.

Organic produce sold in Canada is subject to the Canadian Organic Standards.

Food safety is a priority of the Government of Canada and is a shared responsibility between growers, industry, provinces, and federal organizations:

Agriculture and Agri-Food Canada and Health Canada work together on a number of programs that help provide safe food for Canadians, engage food producers in sustainable pest management practices and encourage environmental protection.

The Government of Canada makes sure producers properly use and apply pesticides and respect established residue limits.