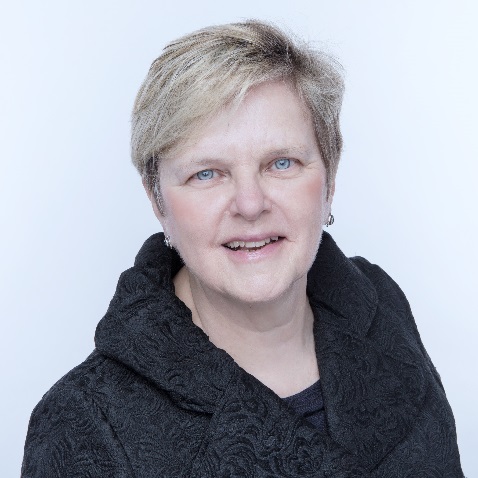 Dr. Lorraine Greaves is a Medical Sociologist and Senior Investigator at the Centre of Excellence for Women’s Health and its founding Executive Director from 1997 – 2009. She has worked in academic, government, education and NGO settings. Dr. Greaves is an international expert, researcher and speaker on integrating sex and gender in research; gender and substance use, and women’s tobacco use. Dr. Greaves has a BA and MA from the University of Western Ontario and a PhD from Monash University in Australia. She has published 100+ articles and authored or co-authored 11 books including the award-winning Smoke Screen: Women’s Smoking and Social Control; Highs and Lows: Canadian Perspectives on Women and Substance Use; Making it Better: gender transformative health promotion & Personal and Political: stories from the women’s health movement. She has received several awards, including the Vancouver YWCA Woman of Distinction, an Honorary Doctorate from the University of Ottawa, the International Network of Women Against Tobacco Lifetime Achievement Award and has been named to the 2018 Canadian Women in Global Health List. 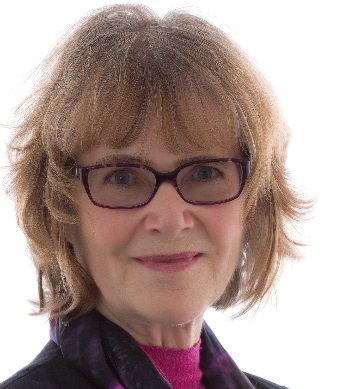 Dr. Sharon Batt is an adjunct professor at Dalhousie University in the Departments of Bioethics and Political Science. She is also a researcher whose main expertise is in women’s health and health products, particularly drugs and drug policy. From 1999 to 2003, she held two endowed university chairs in women’s health; the Nancy’s Chair in Women’s Studies from Mount Saint Vincent University and the Elizabeth May Women’s Health and the Environment Chair from Dalhousie University. Dr. Batt holds a BA (Hon) from Carleton University, MA from the University of British Columbia, and a PhD from Dalhousie University. Dr. Batt is currently a member of the Advisory Board of Breast Cancer Action Quebec, an organization that she co-founded. She has published numerous peer reviewed research papers. Her dissertation examining changes in pharmaceutical policy in Canada and their impact on health advocacy organization won Dalhousie’s best dissertation prize in 2012 and forms the basis of a book published in 2017.

Founding Member, Institute Advisory Board, Gender and Health Institute, CIHR and founding Chair of the Knowledge Transfer Sub-Committee of the Board, Executive Director; Marineview and Chesterfield Housing Societies 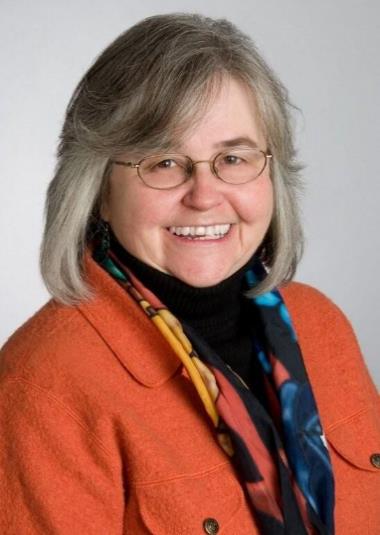 Madeline Boscoe is currently the Executive Director, Marineview and Chesterfield Housing Societies. Over many years, she has played a central role in advocating for women’s health as a health care provider, a manager, an intervener before the Supreme Court, an advocate for women centred care, researcher and author. She has been an active in the development of a variety of innovative projects such midwifery, smoking, endometriosis, feminization of poverty, a free standing birth centre, contraception access, as well as serving on the Health Canada Scientific Advisory Panel on Breast Implants. She served for twenty years as the Advocacy Coordinator at the Women’s Health Clinic, a community health centre in Winnipeg. Ms. Boscoe helped establish the Canadian Women's Health Network, serving as its Executive Director for 11 years. Furthermore, she has led advancements in women's health research and services, and strengthened women's participation in health policy decision-making. A founder of CIHR’s Institute of Gender and Health Advisory Board, she helped advance gender-based analysis in health research. Ms. Boscoe was a member of the founding collective, which produced the ground-breaking journal; HealthSharing, which in the 80 and 90s gave voice to critical perspectives in women’s health and health care. She is the recipient of the 2011 Governor General’s Award in Commemoration of the Persons Case and received an Honorary Doctorate from the University of Ottawa in 2005. 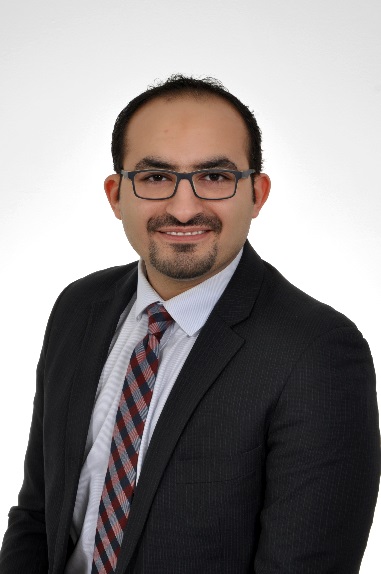 In addition to being an Assistant Professor at the College of Pharmacy of the University of Manitoba, Dr. Sherif Eltonsy is also a Research Scientist at the Children’s Hospital Research Institute of Manitoba (CHRIM) and a member of the Canadian Network for Observational Drug Effect Studies. Dr. Eltonsy is a pharmacoepidemiologist with an academic focus on drug safety and effectiveness and real-world evidence. His main area of research is drug safety evaluation, with a special focus on mother-infant health. Dr. Eltonsy’s laboratory work aims to provide clinically relevant evidence that improves prescribing standards for pregnant women and facilitate evidence-based decision-making by health professionals and policy makers. He holds a BPharm Pharmaceutical Sciences from Cairo University and an MSc and PhD in Pharmaceutical Sciences, Epidemiology and Biostatistics from the Université de Montreal. Dr. Eltonsy has published numerous peer reviewed articles and papers. Throughout his academic progress, Sherif accumulated numerous honors, including the Rising-Star Award in two Canadian provinces. 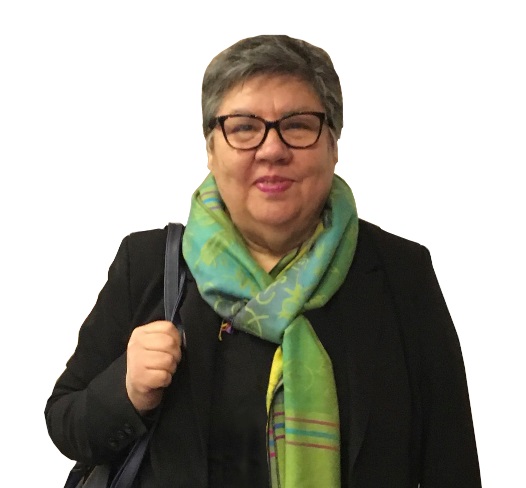 Gloria Letendre is currently a primary care nurse practitioner for the Alberta Health Services in Peerless Lake, Alberta. She is passionate about ensuring access to high quality health services and health professionals for remote communities. Previously, she worked for Health Canada in the First Nations and Inuit Health Branch in the Alberta Region. Ms. Letendre has over 20 years of extensive practical nursing experience working with indigenous communities in northern Alberta. Over many years, she developed, administered and customized indigenous community health programs, including a regional diabetes program, as well as drug and alcohol abuse programs. The foundation of her success in improving community health is her focus on empowering and engaging individuals and communities. Ms. Letendre holds an MSc in Nursing from the University of Alberta. She is a past member of the Board of Directors of the National Exhibition Centre, Centre for Indian Art and Vice-President of the Ontario Native Women’s Association. She was named Woman of the Year by the Hamilton Status of Women. 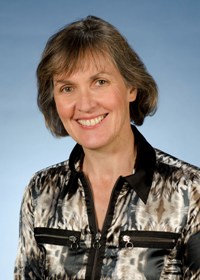 Dr. Louise Pilote is a Professor of Medicine and holds a James McGill Chair at McGill University.

Dr. Pilote's research focuses on sex and gender differences in the process of care and outcome related to cardiovascular conditions. Her expertise includes cardiovascular epidemiology, comparative effectiveness, outcomes research, health services research and clinical trials. She is the Principal Investigator of the GENESIS team: assembling over 50 investigators across Canada to conduct research on gender and sex determinants of cardiovascular diseases funded by the Canadian Institute of Health Research and the Heart and Stroke Foundation. She is also the Principal Investigator of CAN-AIM, a Drug Safety and Effectiveness Network team to pursue research excellence in comparative effectiveness. She obtained her MD degree from McGill University, MPH from Harvard and completed her PhD in Epidemiology at the University of California at Berkeley. She has published over 260 peer-reviewed publications and has supervised over 36 graduate students. In 2017, Dr. Pilote was awarded the Berlin Institute of Health Excellence Award for her innovative work in gender related cardiovascular health. 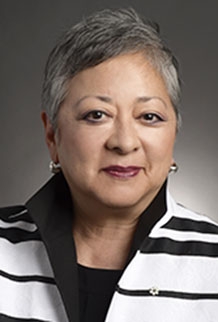 Constance Sugiyama is the President of ConMark Strategy Inc., providing high-level strategic advice to the public and private sectors. She also serves as an independent director and advisor to numerous boards and organizations, to which she contributes her insights and particular strengths in corporate governance, strategy and risk management. Prior to retiring from practice, Ms. Sugiyama enjoyed a distinguished career as a leading corporate and mergers and acquisitions lawyer. She holds a B.A and J.D from the University of Toronto, an honorary LL.D from the University of Western Ontario and was a Distinguished Visiting Fellow at Ryerson University. Connie is a past Chair of the Hospital for Sick Children and a former Vice Chair of Canada Health Infoway. She currently serves on the boards of the Canadian Foundation for Healthcare Improvement and the Gairdner Foundation, among others. Connie has a long-standing record of leadership and advocacy for women that have been recognized by groups as diverse as Women in Capital Markets (of which she was a founding director), the Women's Executive Network Top 100, the International Alliance for Women, Ascend Canada and University College, to name a few. In 2014, Connie was appointed as a Member of the Order of Canada for her contributions to the legal profession and her community engagement. 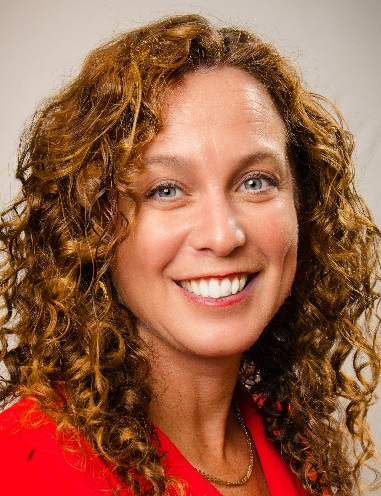 Dr. Cara Tannenbaum is a Professor, Faculties of Medicine and Pharmacy at the Université de Montréal and since 2008 has held the Michel Saucier Endowed Chair in Geriatric Pharmacology, Health and Aging. In addition to being a practicing internist/geriatrician and women's health specialist, since 2015, Dr. Tannenbaum has also been the Scientific Director of the CIHR Institute of Gender and Health. Dr. Tannenbaum has a MSc and MD from McGill University. Furthermore, she is a founding member of Matera Alliance seeking to improve the applicability of drug trials to women. Her work on gender, women’s health and aging has been featured in the New England Journal of Medicine Watch and JAMA. She was awarded the May Cohen Gender Equity Award from the Association of Faculties of Medicine of Canada recognizing outstanding achievement in improving the gender equity environment in academic medicine. She is also the recipient of the CIHR Betty Haven's Knowledge Transfer Prize in Aging, and several research prizes for women's health from the North American Menopause Society, the American Geriatrics Society, and the International Continence Society. 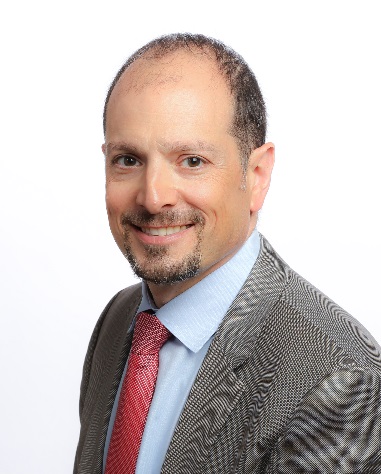 Dr. David Urbach is the Surgeon-in-Chief/Medical Director of Perioperative Services at the Women’s College Hospital and Professor of Surgery and Health Policy, Management and Evaluation at the University of Toronto. He is a practising surgeon, focusing on minimally invasive surgery. He is a senior scientist at the Women’s College Research Institute, where he conducts research in cancer-related health services, as well as on measuring and improving the quality of surgical procedures, particularly in the area of surgical processes of care to discover new and better ways of providing surgical services. For nearly 10 years, he led a pan-Canadian consortium of research scientists focused on studying the issue of medical devices in Canada, especially the issues related to regulation. Dr. Urbach received his MD and MSc in Health Administration from the University of Toronto. The author of numerous peer reviewed research papers and articles, he received the CIHR-INSPR Article of the Year Award for his article “Introduction of Surgical Safety Checklists in Ontario, Canada”.

In addition to an active OBGYN clinical practice, Dr. Ashley Waddington teaches at the Queen’s School of Medicine, as well as conducts research with particular interest in complicated contraception cases, adolescent contraception and pregnancy, paediatric and adolescent gynaecology, and health care access and public policy. Dr. Waddington is also the Co-Director of the Contraception Advice, Research, and Education (CARE) Fellowship at Queen’s University. In addition to her MD from McMaster University, Dr. Waddington has a MPA in Public Administration from Queen’s University, which has given her the knowledge and experience in making the connection between clinical and scientific research and the fields of policy and governance. Currently, she is a member of the Sexual Health and Reproductive Equity Committee of the Society of Obstetricians and Gynecologists of Canada and the Chair of the Canadian Network for Intrauterine Contraception. She has published several peer-reviewed articles in the field of contraception.