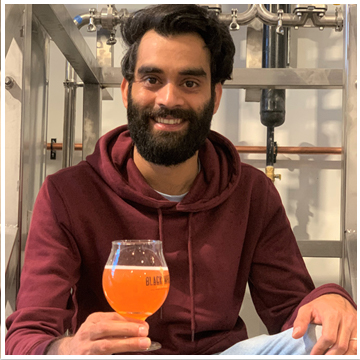 Brewmaster Umber Awasthi’s journey from northern India to Brandon, Manitoba, was fuelled by thirst: not for beer, but for knowledge.

Graduating with a food technology degree in India, he worked for two international soft drinks companies in India before moving into fermentation. Put plainly, he says, “I wanted to know how to make beer.”

He couldn’t find a suitable program in India, but an Internet search led him to enroll as an international student in Niagara College’s two-year Brewmaster and Brewery Operations Management program in 2016. He landed three job offers in his graduating year, and went to work at a brewer in northwestern Ontario.

It was a lucky choice: that brewery eventually sent him to Winnipeg to oversee the construction of a new facility, and that was where he met the Birch family.

Ted Birch is one of three partners behind Black Wheat Brewing, Brandon’s up-and-coming craft brewery. The brewing community is a social one, and it didn’t take long for Umber to discover that Ted was looking for a brewmaster.

“We were trying to hire a brewmaster out of New York, but COVID-19 came along and he decided to stay home,” says Ted. “Fortunately, shortly after that, Umber approached us.” Umber joined Black Wheat in 2020 amid construction delays and the COVID-19 pandemic.

Umber has become a bit of a rock star here in Brandon. He gets along well with everyone and is a popular guy. When the brewery grows, I expect he’ll be able to run a crew quite nicely.
Ted Birch, partner, Black Wheat Brewing

Umber is younger than your typical brewmaster. He chalks it up to his education and experience: not everyone who can brew beer also has a food science degree and experience working for international beverage companies. Fortunately, he’s also a beer fan.

“When I tried my first IPA (India Pale Ale), my life changed,” Umber says with enthusiasm.

Ted was impressed by Umber’s knowledge of beer. “I used to think of brewing beer as a black art, something you do by the seat of your pants,” he says. “But Umber is very into the science of it, and he has a knack for creating great, tasty beers that people love.”

Umber and his wife, Vipasha—who joined him from India and is now working on a PhD at the University of Manitoba—bought a home in Brandon shortly after he took the job. Andrea Oswald lives next door and vividly recalls their arrival.

“We’d heard from the real estate agent that a young couple was moving in, and they said, ‘By the way, he’s the brewmaster for the new craft brewery.’ Everybody had been talking about it for months. I thought, ‘Oh boy, did I get lucky!’”

Andrea is a huge fan of Umber’s newly created blueberry beer—but she’s a bigger fan of Umber himself.

“I love to see the hum and buzz and excitement around him and his vision for the brewery,” she says. “It’s wonderful to watch a comet being born, and I don’t say that lightly.”

She thinks Umber will be instrumental in Black Wheat’s success, and that Black Wheat, in turn, will put Brandon on the map. “This is going to make Brandon a destination. We’re so, so blessed when this is the calibre of people who want to be part of our community.” 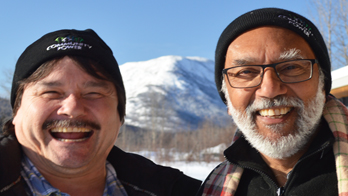 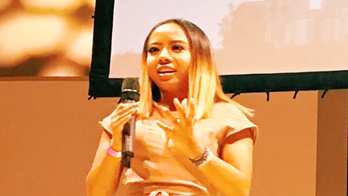