The food services sector is one of the top employers in Canada. There are 1.16 million employees in the sector, an increase of 9% since 2015. But restaurant and other food service businesses still need workers.

Unless otherwise noted, all statistics are from the Statistics Canada 2016 Census.

See infographic on the impact of immigration on food services

Indian-Canadian celebrity chef Vikram Vij is the owner of Vancouver restaurants Vij and Rangoli, as well as My Shanti in Surrey. He’s also an author of 4 books, his most recent being Vij: A Chef’s One-Way Ticket to Canada with Indian Spices in his Suitcase and appeared on such TV shows as Dragon’s Den, Recipe to Riches, Top Chef Canada and Chopped Canada. His culinary work has earned him the BC Food Processors Association’s Rising Star Award and Ernst and Young’s Entrepreneur of the Year Award.

Susur Lee, originally from Hong Kong, is the owner of 3 restaurants in Toronto: Lee, Lee Kitchen and Kid Lee. As a result of his success, Food and Wine Magazine named him one of the Ten Chefs of the Millenium in 2000. He’s also a judge on popular TV shows such as Chopped Canada, Lifetime’s Masterchef Asia and appeared on Iron Chef America and Top Chef Masters.

Born in Italy, Chef Massimo Capra moved to Toronto in 1982 after working several years in luxury hotels around Europe. He’s now the owner of Rainbow Room in Niagara Falls, as well as Boccone Trattoria Veloce, Boccone Pronto and Capra’s Kitchen, all located in Toronto. As well as a chef, he’s also an author of 2 cookbooks, was the food editor for Canadian Home Trends Magazine and has appeared on the Food Network’s Restaurant Makeover and Chopped Canada.

Chef Michael Smith was born in the U.S., but now lives in PEI. He has hosted numerous shows on the Food Network such as Chef Michael’s Kitchen, Chef Abroad, Chef at Home, Chef at Large and was a judge on Chopped Canada. He’s also the author of successful cookbooks, owns his own food media production company and was responsible for the team of chefs cooking for Olympians during the Vancouver 2010 Olympic Winter Games. In 2019, Chef Michael Smith was awarded the Order of Canada.

Chef Antonio Park was born in Argentina to Korean parents and immigrated to Canada in 1990. He’s a well-recognized celebrity chef in Montréal, as the owner of both the Park and Lavanderia restaurants. He also starred as a judge on Chopped Canada.

Dimitrios “Jimmy” Antonopoulos immigrated to Canada from Greece. He’s the founder and owner of the Jimmy the Greek chain of quick-service restaurants, which grew from a single location into a thriving enterprise with more than 55 locations nationwide. 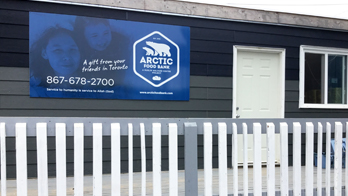 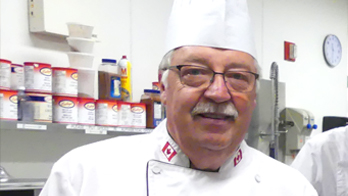