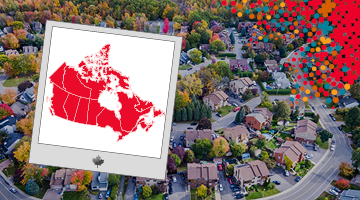 Find out how Canada’s population is changing.

Immigration has been a key part in Canadian society’s growth throughout our nation’s history.

Canada’s population of over 36 million people reflects a cultural, ethnic and linguistic mix that is unique in the world.

Canadian multiculturalism is based on the belief that all citizens are equal and that diversity makes us stronger as a country.

The founding peoples of Canada include:

French Canadians are the descendants of French settlers and include:

The Acadians are descendants of French colonists who settled 400 years ago in what is now the Atlantic Region.

Quebecers (“Québécois” in French) live in Quebec. Most are French-speaking descendants of French settlers from the 17th and 18th centuries who brought many French traditions with them.

Quebecers have a unique identity, culture and language. In 2006, the Canadian Parliament recognized the Québécois form a nation within a united Canada. One million English-speaking Anglo-Quebecers form an important part of Quebec society.

Most English Canadians are descendants of English, Welsh, Scottish and Irish people. These include settlers, soldiers and migrants who came to Canada from the 17th to the 20th century. Generations of these pioneers helped bring British political customs and traditions to Canada.

Most Canadians were born in Canada and came from the original founding peoples. But over the past 200 years, many newcomers have helped to build and defend this country’s way of life.

Today, many ethnic and religious groups live and work in peace as proud Canadians. Until the 1970s, most immigrants came from European countries. Since then, the majority have come from Asian countries.

About 20 per cent of Canadians were born outside Canada. In Toronto, Canada’s largest city, this number is over 45 per cent. Immigrants like you are a valued part of Canada’s multicultural society.

For more information on the Canadian people, read the Discover Canada guide.

Find out about multiculturalism in Canada