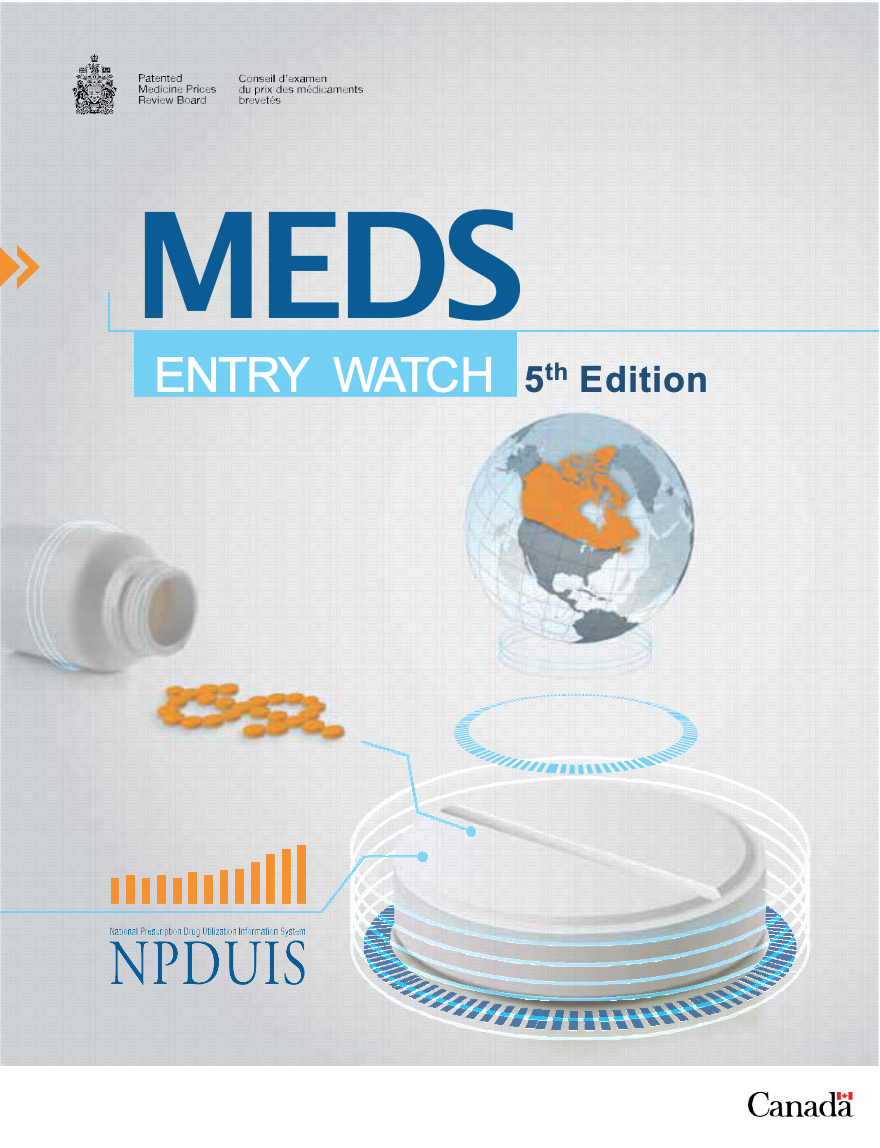 This is the fifth edition of the PMPRB’s Meds Entry Watch report, which explores the market entry of new medicines in Canada and other countries. Building on a retrospective analysis of trends since 2015, this report focuses on medicines that received first-time market approval through the US Food and Drug Administration (FDA), the European Medicines Agency (EMA), and/or Health Canada in 2018 and 2019, and analyzes their uptake, pricing, sales, and availability as of the last quarter of 2019 (Q4-2019).

In addition to the international analysis, a Canadian-focused section provides information on medicines that received their first Health Canada approval in 2018, as well as a retrospective review of quarterly approvals over the past five years.

This publication informs decision makers, researchers, and patients of the evolving market dynamics of emerging therapies in Canadian and international pharmaceutical markets.

Approximately 50 new medicines have been approved in each of the last three years, with orphan and oncology medicines making up a significant portion of new approvals.

A considerable portion of the new medicines approved internationally between 2015 and 2018 had Canadian sales by the end of 2019.

Fifty-one new medicines were approved in 2018, with a pronounced increase in the number of orphan medicines authorized for market.

Fewer medicines were approved in Canada than in the US and Europe in 2018, although Canada compared favourably to the OECD in terms of the corresponding share of sales.

Sales for 2018 new medicines were highly concentrated, with a single antiviral medicine accounting for the majority of new medicine revenue in the last quarter of 2019.

The rate of new medicine approvals in 2018 was sustained through 2019, bringing a number of new high-cost oncology treatments to the market.

The number of new medicines that received their first Canadian approval in 2018 was in line with trends observed over the past five years.