PrairiesCan supports economic growth and diversification in the Prairie provinces and advances the interests of the region in national economic policy, programs, and projects through 4 key roles:

PrairiesCan’s vision is to be a leader in creating a more diversified economy in Alberta, Saskatchewan and Manitoba that has strong, competitive and innovative businesses and communities.

The department operates under the provision of the Western Economic Diversification Act, which came into force on June 28, 1988. As a federal department, PrairiesCan is headed by a Minister and a Deputy Head (Interim President).

PrairiesCan’s head office is in Edmonton, Alberta. The department also has an office in Ottawa. 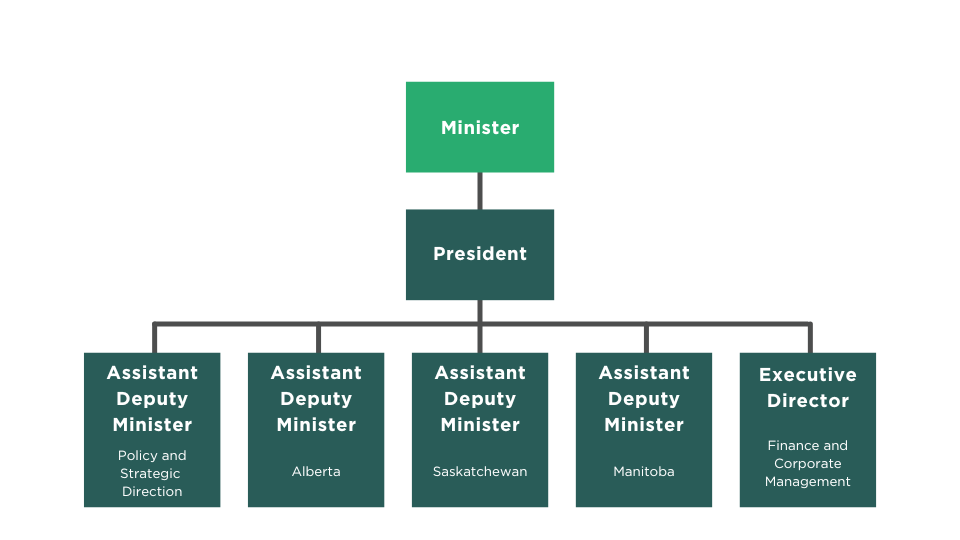 PrairiesCan administers a number of grants and contributions programs that enable the department to contribute strongly to the productivity and competitiveness in Alberta, Saskatchewan and Manitoba.

PrairiesCan activities in 2022-23 will focus on 3 priorities:

Read more about PrairiesCan's priorities in our 2022-2023 Departmental Plan.

Future priorities will be informed by engagement with Alberta, Saskatchewan and Manitoba businesses, organizations and communities.

The Western Economic Diversification Act governs budgets and activities. The Act seeks to boost and diversify the economy in Alberta, Saskatchewan and Manitoba. It also advances the interests of the Prairie economy when the Government of Canada creates national economic policy and runs its programs.

The Act requires the PrairiesCan Minister to fulfill 3 duties:

PrairiesCan employees care about people and about serving the best interests of its many clients. These 6 statements reflect PrairiesCan’s values. They were developed in the context of the Values and Ethics Code for the Public Service:

PrairiesCan employees are accountable for their actions. They know that for these statements to have meaning, each of them must hold the other accountable in a supportive manner. From these values, comes PrairiesCan’s commitment to provide you with quality service.