Section 2: Healthy settings for young people in Canada – The contribution of the HBSC Study to the health of Canadian young people

The HBSC study contributes to the health of Canada’s young people in a number of ways:

The Social Program Evaluation Group at Queen's University in Kingston, Ontario, has conducted the HBSC study in Canada every four years since 1989-90. Table 1.2 provides the titles of the published reports for the surveys in which Canada participated.


Methodology of the study

The international questionnaire is developed in a collaborative fashion by HBSC researchers and then ratified at biannual research meetings. A strong effort has been made to retain a core of items on each survey to facilitate the monitoring of trends over time.

Questions specific to Canada are added to this set of international questions in consultation with experts from the Public Health Agency of Canada. The research team in Canada collects the data under a set of guidelines developed by the international network. Data collection for the study is funded by the Public Health Agency of Canada and the survey received approval from the General Research Ethics Board at Queen’s University. There are two versions of the Canadian questionnaire, one for Grades 6, 7, and 8 and the other for Grades 9 and 10. The Canadian questionnaire is available in English and French. A questionnaire about the school itself has been included since 2001-02.

In 2005-06, the HBSC survey was administered in approximately 200 schools from all provinces and territories. Table 1.3 provides details of the national sample of 9,670 students. 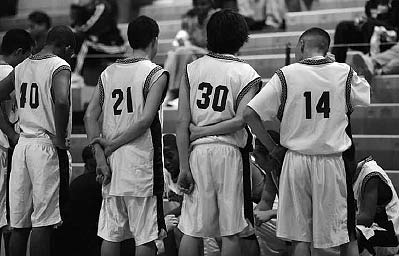 Outline of the report

This report presents key findings from the 2006 cycle of the HBSC study. It begins with an overview of important contexts for Canadian youth – home, school, peers, and socio-economic conditions. In each of these contexts, specific indicators are identified (see Composite scale measures in the Appendix) which are then examined in later chapters in association with health behaviours and outcomes. The authors identify important patterns between context and health; however, in this public report, statistical evidence is not presented.

Next, the report focuses on health behaviours that can be taken up by young people. Numerous behaviours are examined, such as physical activity and leisure, eating and dieting, and personal hygiene. Other behaviours that cause concern, but which may be common among students, are also reported – such as smoking, substance use, and sexual activity. Social behaviours such as bullying and fighting are also examined. Many of these behaviours may be associated with the four contexts discussed earlier and these relationships with home, school, peers, and socio-economic indicators are shown. Finally, the report focuses on common health outcomes – sometimes the consequences of behaviour – that pertain to young people. Injuries, physical symptoms of ill health, chronic health conditions, and various aspects of emotional health and well-being are described. Again, these youth health outcomes are examined in relation to the indicators of home, school, peers, and socio-economic contexts.

Preamble to the Constitution of the World Health Organization as adopted by the International Health Conference, New York, 19 June to 22 July 1946.