The Canadian Wildlife Health Cooperative and the Québec Centre for Wild Animal Health examined a total of 141 dead birds for WNV in 2016, of which 37 (26%) dead birds were positive for West Nile virus: British Columbia (2), Saskatchewan (4), Ontario (20), and Quebec (11).

In the summer 2016, the first human case of mosquito-borne Eastern Equine Encephalitis (EEE) virus was reported in Canada. The individual was a resident of Ontario and has fully recovered.

In 2016, 24 human cases of laboratory confirmed cases/exposures of California serogroup virus were diagnosed by the National Microbiology Laboratory in the following provinces: Alberta (3), Manitoba (3), Ontario (2), Quebec (11), New Brunswick (2), and Nova Scotia (3). Of these cases, 14 were further classified as Jamestown Canyon virus, 3 as Snowshoe hare virus, and the rest as unknown. Most of the samples were initially collected for testing West Nile virus, and further assayed for non-West Nile virus mosquito-borne agents. 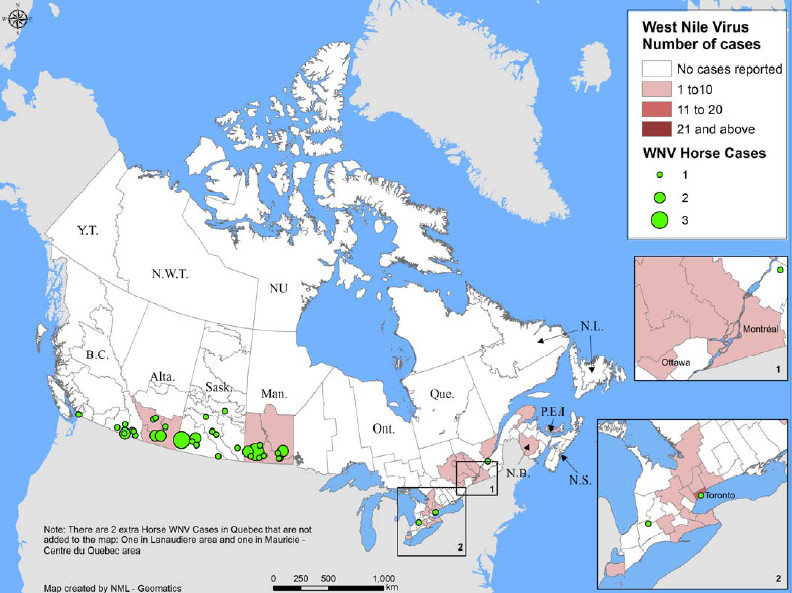 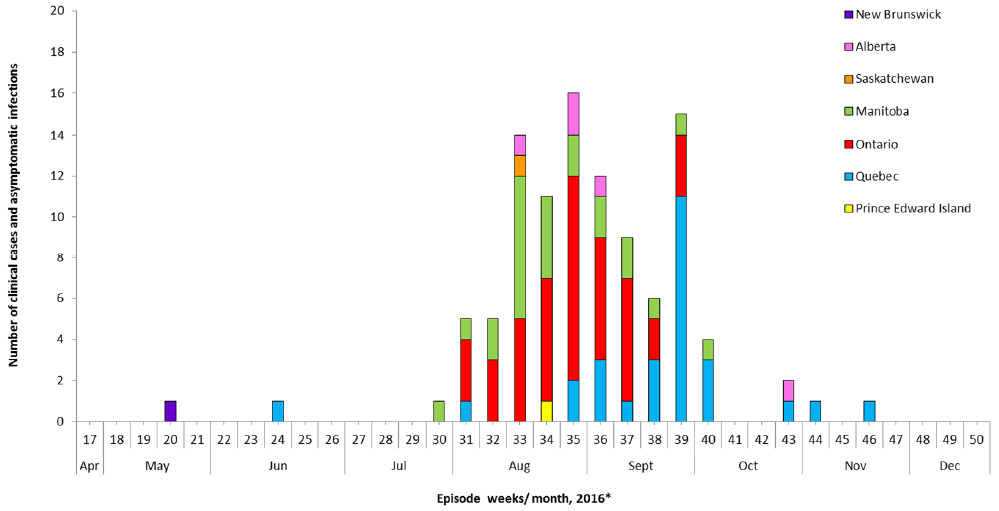 Episode date could include one of the following: onset date, diagnosis date, lab sample date or reporting date 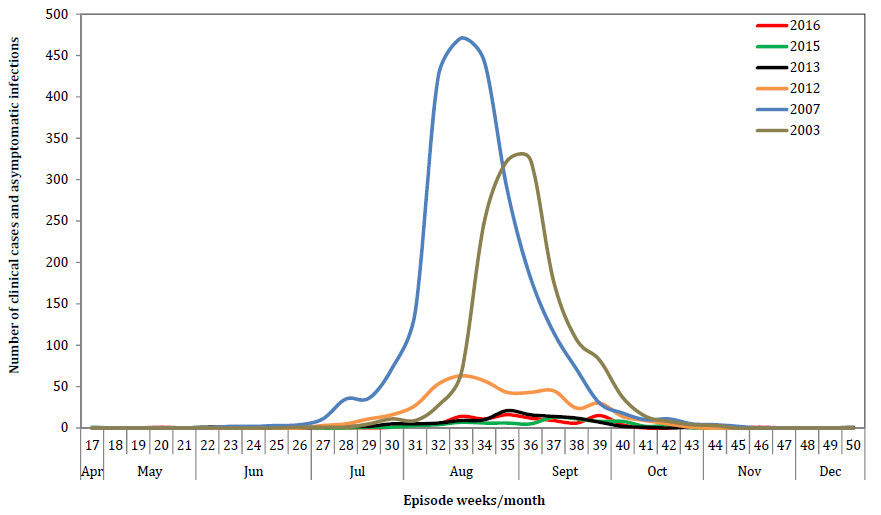 *     West Nile virus clinical cases and asymptomatic infections are grouped by report week, based on episode date.  Episode date could include one of the following: onset date, diagnosis date, lab sample date or reporting date.

Figure 4: Numbers and Percentages of dead birds tested positive for West Nile virus in the 2016 season by report week, as compared to percentages in 2003, 2012 and 2015 seasons 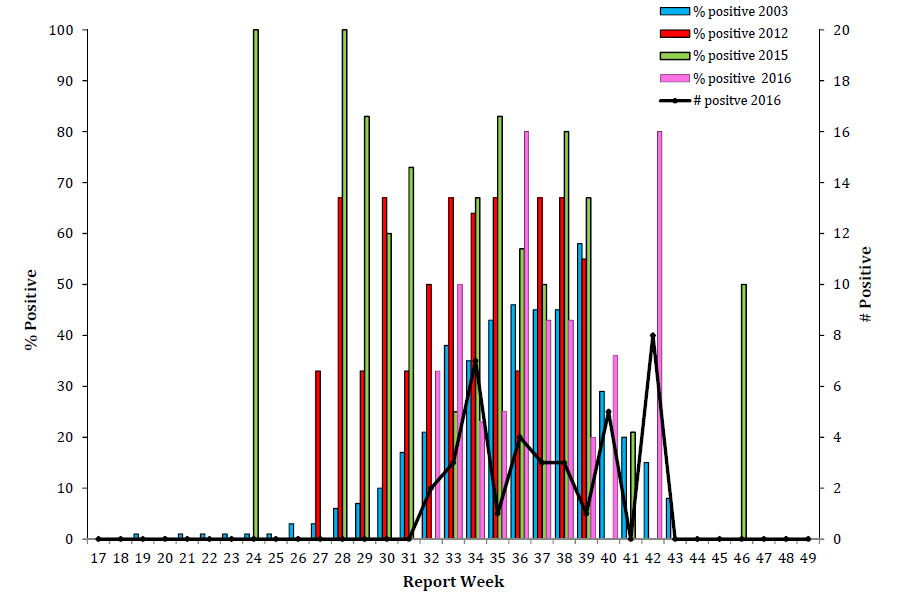 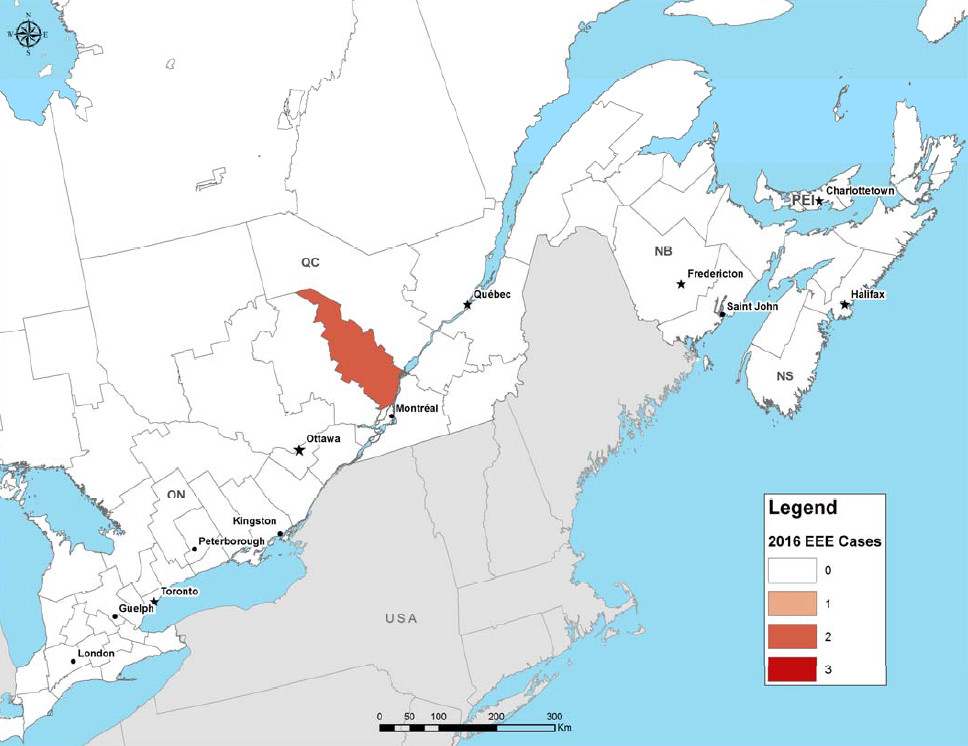