What is the childhood National Immunization Coverage Survey (cNICS)?

cNICS is a survey conducted by the Public Health Agency of Canada and Statistics Canada since 2011. It measures the percentage of children aged two, seven, 14 or 17 years that have received all of the recommended vaccines for their age group. This is done by a survey given to their parents.

Results from national immunization coverage surveys provide information about how well Canadians are protected against vaccine preventable diseases as well as what they know and think about vaccines.

Survey results are used to

What did the 2015 survey results tell us?

Survey results in 2015 showed that a large majority of parents choose to get their children vaccinated. The results of the survey also indicate no major changes compared to the previous two surveys in 2011 and 2013 (Figure 1).

For vaccines requiring one dose by two years of age (in 2015):

For vaccines requiring multiple doses by two years of age (in 2015): 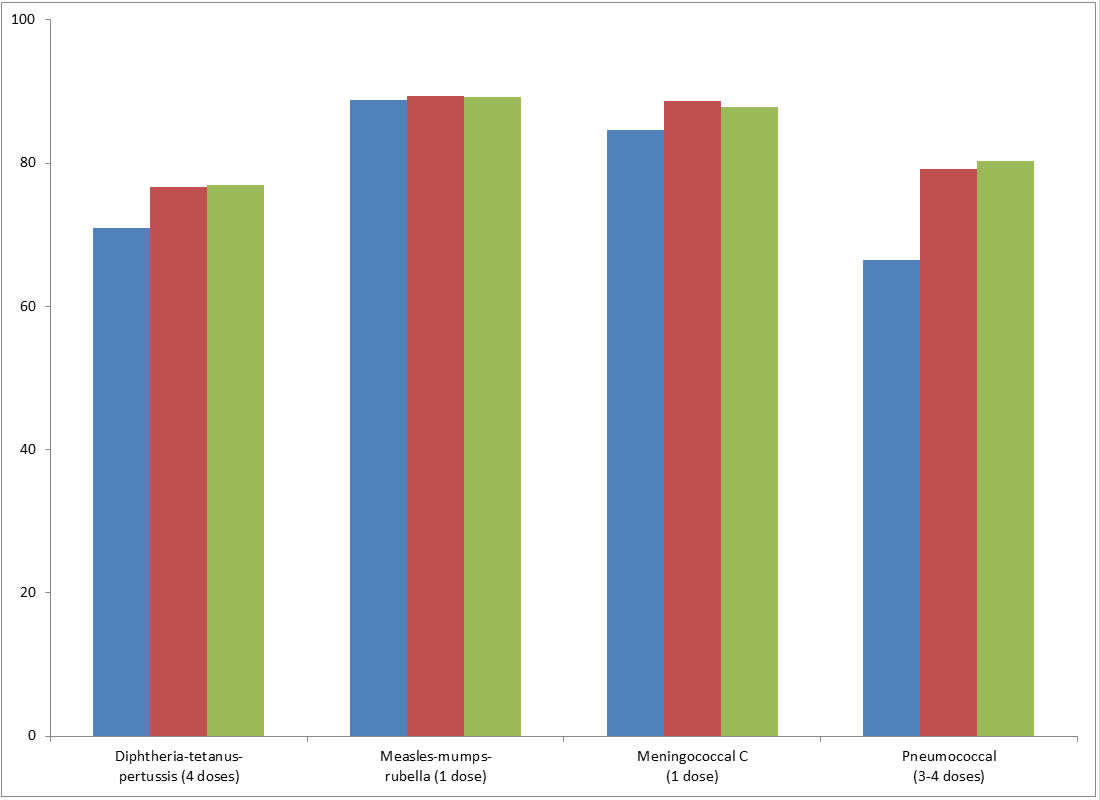 What do Canadian parents think about vaccines?

To better understand the factors influencing decisions on vaccination, parents were asked about their views on vaccines (Figure 2). 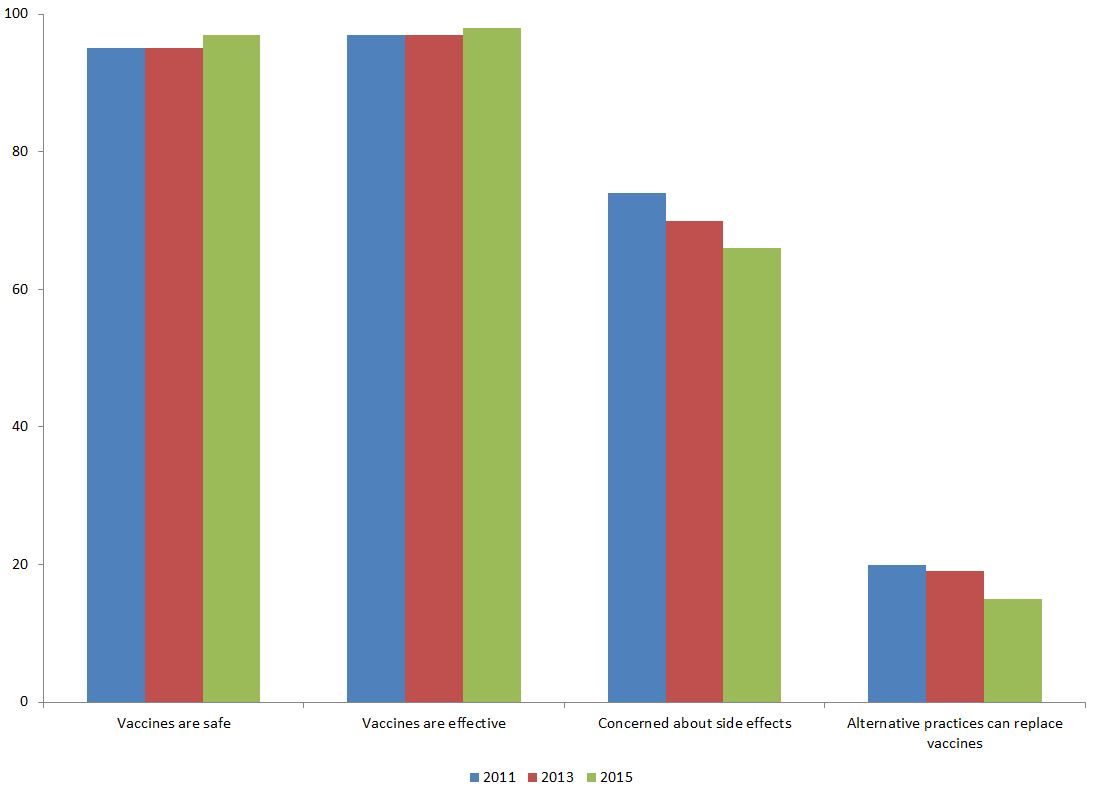 When will more recent results be available?

Getting your children vaccinated gives them the protection they need to stay healthy.

Technical reports are available for cNICS 2013 and 2015. To request PDF copies, please contact us at: phac.coverage-couvertures.aspc@canada.ca.