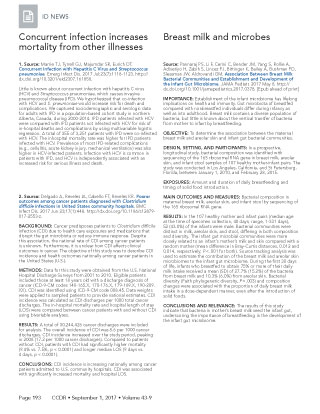 Little is known about concurrent infection with hepatitis C virus (HCV) and Streptococcus pneumoniae, which causes invasive pneumococcal disease (IPD). We hypothesized that co-infection with HCV and S. pneumoniae would increase risk for death and complications. We captured sociodemographic and serologic data for adults with IPD in a population-based cohort study in northern Alberta, Canada, during 2000-2014. IPD patients infected with HCV were compared with IPD patients not infected with HCV for risk of in-hospital deaths and complications by using multivariable logistic regression. A total of 355 of 3,251 patients with IPD were co-infected with HCV. The in-hospital mortality rate was higher for IPD patients infected with HCV. Prevalence of most IPD-related complications (e.g., cellulitis, acute kidney injury, mechanical ventilation) was also higher in HCV-infected patients. Infection with HCV is common in patients with IPD, and HCV is independently associated with an increased risk for serious illness and death.

BACKGROUND: Cancer predisposes patients to Clostridium difficile infection (CDI) due to health care exposures and medications that disrupt the gut microbiota or reduce immune response. Despite this association, the national rate of CDI among cancer patients is unknown. Furthermore, it is unclear how CDI affects clinical outcomes in cancer. The objective of this study was to describe CDI incidence and health outcomes nationally among cancer patients in the United States (U.S.).

METHODS: Data for this study were obtained from the U.S. National Hospital Discharge Surveys from 2001 to 2010. Eligible patients included those at least 18 years old with a discharge diagnosis of cancer (ICD-9-CM codes 140-165.X, 170-176.X, 179-189.X, 190-209.XX). CDI was identified using ICD-9-CM code 008.45. Data weights were applied to sampled patients to provide national estimates. CDI incidence was calculated as CDI discharges per 1000 total cancer discharges. The in-hospital mortality rate and hospital length of stay (LOS) were compared between cancer patients with and without CDI using bivariable analyses.

IMPORTANCE: Establishment of the infant microbiome has lifelong implications on health and immunity. Gut microbiota of breastfed compared with nonbreastfed individuals differ during infancy as well as into adulthood. Breast milk contains a diverse population of bacteria, but little is known about the vertical transfer of bacteria from mother to infant by breastfeeding.

OBJECTIVE: To determine the association between the maternal breast milk and areolar skin and infant gut bacterial communities.

DESIGN, SETTING, AND PARTICIPANTS: In a prospective, longitudinal study, bacterial composition was identified with sequencing of the 16S ribosomal RNA gene in breast milk, areolar skin, and infant stool samples of 107 healthy mother-infant pairs. The study was conducted in Los Angeles, California, and St Petersburg, Florida, between January 1, 2010, and February 28, 2015.

EXPOSURES: Amount and duration of daily breastfeeding and timing of solid food introduction.

RESULTS: In the 107 healthy mother and infant pairs (median age at the time of specimen collection, 40 days; range, 1-331 days), 52 (43.0%) of the infants were male. Bacterial communities were distinct in milk, areolar skin, and stool, differing in both composition and diversity. The infant gut microbial communities were more closely related to an infant's mother's milk and skin compared with a random mother (mean difference in Bray-Curtis distances, 0.012 and 0.014, respectively; P < .001 for both). Source tracking analysis was used to estimate the contribution of the breast milk and areolar skin microbiomes to the infant gut microbiome. During the first 30 days of life, infants who breastfed to obtain 75% or more of their daily milk intake received a mean (SD) of 27.7% (15.2%) of the bacteria from breast milk and 10.3% (6.0%) from areolar skin. Bacterial diversity (Faith phylogenetic diversity, P = .003) and composition changes were associated with the proportion of daily breast milk intake in a dose-dependent manner, even after the introduction of solid foods.

CONCLUSIONS AND RELEVANCE: The results of this study indicate that bacteria in mother's breast milk seed the infant gut, underscoring the importance of breastfeeding in the development of the infant gut microbiome.