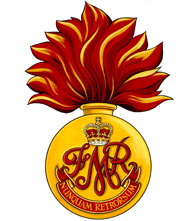 The Fusiliers Mont-Royal (Fus MR) is a Reserve unit based in Montreal belonging to the 34 Canadian Brigade Group. It is made up of 160 men and women, officers and non-commissioned members, whose main specialization is infantry. The Fus MR’s mission is to train reservists in order to maintain an infantry platoon that is ready to participate in domestic operations. In addition, the unit must be able to provide volunteer members as individual reinforcements to expeditionary (international) operations. The Fus MR carries out its mandate by offering well-supervised, appropriate training during fast-paced, varied exercises that meet the infantry battle task standards.

More than 130 Fus MR members have taken part in the following international missions in support of the Regular Force: Egypt in 1973, Cyprus in 1990, Croatia and Bosnia-Herzegovina from 1993 to 1995, the Golan Heights in 1998 and Haiti in 2004 with the platoon of Creole interpreters responsible for liaising with the local population. More recently, 3 members participated in the humanitarian aid mission in Haiti. Also, nearly 40 members served in Afghanistan.

The official history of Les Fusiliers Mont-Royal can be found at the Directorate of History and Heritage website.