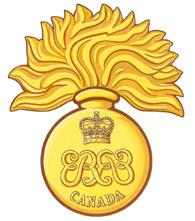 NULLI SECUNDUS
“Second to none”

The mission task for our unit is: Public Duties – Our Reserve unit is trained in the conduct of ceremonial duties to provide ceremonial guards and sentries in support of the Government of Canada in the National Capital Region.

The Canadian Grenadier Guards (CGG) is a Canadian Army Primary Reserve infantry regiment belonging to the 34 Canadian Brigade Group, within the 2nd Canadian Division. The CGG is based in the Canadian Grenadier Guards’ Armoury, in Montreal. Established in 1859, it is the Canadian Militia’s oldest infantry regiment. It is a guards regiment that shares responsibility with the Governor General’s Foot Guards for the ceremonial guard at Rideau Hall and on Parliament Hill, in Ottawa. In addition to its ceremonial role, its soldiers train part-time in order to serve in Canadian Armed Forces operations.

The CGG’s mandate is to provide combat-ready infantry deployment troops in accordance with duties assigned by the Department of National Defence. Every summer, the CGG fulfills federal public duties by providing an infantry company to the Ceremonial Guard to perform the Changing of the Guard ceremony on Parliament Hill and sentries to the Governor General’s residence, in Ottawa.

The official history of the Canadian Grenadier Guards can be found at the Directorate of History and Heritage website.