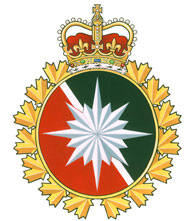 Email: 6-INT@forces.gc.ca
Find a recruiting centre near you.

As Intelligence Operators and Intelligence Officers with the Primary Reserve, our primary and day-to-day tools are desktop and notebook computers, networking components, mapping tools, and an array of software applications. Our computing and networking equipment can be dismounted, meaning we can operate out of office-style environments, or mounted, meaning we can operate out of specialized vehicles in the field and other deployed locations.

We might focus on military intelligence, but we are trained as soldiers first. This means that, in addition to the tools we use for military intelligence, we also regularly train our army field craft and complete the Army Individual Battle Task Standard components including on the C7A2 5.56-mm Automatic Rifle and the Browning 9-mm Pistol.

6 Intelligence Company is a Primary Reserve component of the 3rd Canadian Division of the Canadian Armed Forces. Unique among the intelligence companies of the Primary Reserve, 6 Intelligence Company has Platoons in three different provinces. We work part-time and parade (train) out of Vancouver (4 Platoon), Winnipeg (5 Platoon), Edmonton (6 Platoon), and Calgary (7 Platoon). Our Company Headquarters is co-located with 6 Platoon at the Jefferson Armouries in Edmonton, Alberta.

Our primary role is to support Reserve- and Regular Force Commanders by providing timely and accurate intelligence products pertaining to an area of operations. Such intelligence may include information on weather, opposing forces, and terrain.

Another important aspect of our work is supporting civilian emergency personnel during environmental challenges such as wildfires, earthquakes, and floods. In these types of domestic operations, Primary Reserve Intelligence Officers and Intelligence Operators support civilian emergency services through activities including terrain mapping and weather analysis.

Military Intelligence staffs are primarily tasked with analyzing the enemy threat, weather & terrain while keeping their commander and other friendly forces informed of the constantly changing situation. Intelligence branch members collect information from a variety of sources, and then process and disseminate it through various products.