The Seaforth Highlanders of Canada 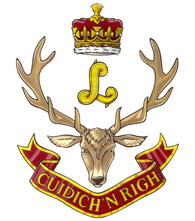 The Seaforth Highlanders of Canada is Vancouver’s Reserve Infantry regiment, based in Vancouver, British Columbia, As a volunteer reserve force in the Canadian Armed Forces, the Seaforth highlanders have served in times of war, humanitarian and disaster relief and in peacekeeping efforts abroad, and during times of civil emergency at home.

The Regiment is comprised of volunteer soldiers who offer their time, their commitment to serve, their skills and their ever-lasting dedication to achieving the Canadian freedoms we enjoy today.

The Seaforth Highlanders of Canada have served as volunteer soldiers, supporting Canada in civil defense, in every major Canadian Forces mission overseas, including both WWI and WW2, Yugoslavia and Afghanistan

Over time, tens of thousands of Vancouverites have proudly served as part of Canada’s Seaforth Highlanders, and have continually sought to maintain peace and prosperity.

By the end of the Second World War, the Seaforths had collected a total of 25 battle honours. On the June 1, 1945, the 2nd Battalion of the Seaforths, which had spent the war in Home Defence tasks, was mobilized as the 2nd Canadian Infantry Battalion The Seaforth Highlanders of Canada for service in the invasion of Japan. Thankfully, the war came to an end before this invasion was mounted, and this unit was finally demobilized on the 1st of November 1945. When the victorious Seaforths returned home to Vancouver, over 200,000 people turned out to welcome them home, lining the streets from the train station to the Armoury on Burrard Street. Following the war, the Seaforths reverted to peace-time Reserve status, but continued training for civil defence tasks, and the Regiment even provided a rifle company that served with the Highland Brigade in Germany as part of Canada's NATO contribution.

Since the Second World War Seaforth Highlanders have served in every major Canadian overseas mission, both as peacekeepers and warfighters. Seaforths served in Egypt, Cyprus, the Golan Heights, Namibia, Croatia, and Bosnia. Today, approximately half of the Regiment’s members have served in Afghanistan and more continue to volunteer for deployments every year. On November 27, 2010, the Seaforth Highlanders of Canada were presented with a new stand of colours; an event which coincided with the 100th anniversary of the Regiment. The old colours, with the Regiment since 1962, were replaced with a brand new stand, presented by The Honourable Steven L. Point, OBC, Lieutenant Governor of British Columbia.

More on The Seaforth Highlanders of Canada History.