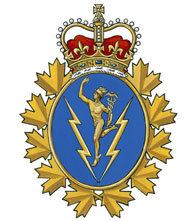 33 Signal Regiment is a reserve communications unit that is part of 33 Canadian Brigade Group (33 CBG). Our members are trained in the operation of military communication and electronic equipment such as radios and mobile satellite communication suites.

33 Signal Regiment specializes in tactical and strategic communication, employing voice, electronic and telecommunication systems. The unit’s mandate is to provide individual and collective support to Canadian Forces operations, whether domestic or international. Many of the unit’s members have served in various UN and NATO peacekeeping missions around the world. This unit also provides communication support to the Army Reserve.

33 Signal Regiment traces its origins to 1 December 1920, with the formation of 3rd Signal Battalion in Ottawa as part of post-First World War restructuring of the Non-Permanent Active Militia. Re-designated as 3rd Divisional Signals in 1926, the Regiment was divided into signal companies for the 1st and 2nd Canadian Divisions in Europe during the Second World War, with the majority of its members volunteering for overseas service. Following the Second World War, the Regiment was re-designated as 3 Infantry Divisional Signal Regiment in 1946, and later as 3rd Signal Regiment in 1950. Members of the Regiment volunteered for service during the Korean War and the majority of United Nations Peacekeeping Missions that Canada participated in during this period. In 1970, Reserve Signals were re-organized into the Communication Reserve, which was given a mandate to provide operationally trained personnel to support the Regular Force in ongoing peacetime tasks and activities. At that time the Regiment was re-designated as 703 (Ottawa) Communication Regiment. Signals support tasks performed during that period included hosting a teletype torn tape relay training facility at Wallis House in Ottawa, and providing radio communications support for the Connaught Ranges. In 1976, as a result of a move from 70 Communication Group to 76 Communication Group, the Regiment was again renamed, now as 763 (Ottawa) Communication Regiment. During the 1980s and early 1990s, the Regiment continued to provide personnel to various peacekeeping missions and overseas service with NATO in Germany. In 1998, the Regiment deployed the majority of its personnel on Op RECUPERATION, providing communications support to ice storm relief operations in Eastern Ontario. In 2000, the Regiment again deployed a large number of personnel on Op ABACUS, providing radio communications support to Canada’s Y2K domestic response operation. In the new millennium, the Regiment continued to contribute personnel to overseas operations, including missions in the Golan Heights, the Sinai Peninsula, the Former Yugoslavia, Haiti, Rwanda, Afghanistan, Sudan, Iraq, Kuwait, and Latvia. In 2010, with the disbanding of the Communication Reserve, the Regiment returned under the command of the Canadian Army, and was again re-named, now as 33 Signal Regiment, under 33 Canadian Brigade Group in Ottawa. Most recently, the Regiment has contributed to domestic operations in support of flood relief in Eastern Ontario and Quebec (Op LENTUS) and in support of Canada’s COVID-19 pandemic response (Op GLOBE and Op LASER), while continuing to contribute to Canada’s current overseas operations.