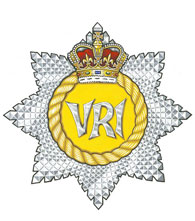 80 Waterloo Street
Stratford, ON N5A 4A9

4th Battalion, The Royal Canadian Regiment (4 RCR) is a Primary Reserve Infantry unit based in London and Stratford, ON. The RCR was founded on 21 December 1883 as Canada’s first truly-professional regiment of infantry and has fought gallantly in every conflict Canada has been involved in. 4 RCR, specifically, has drawn its soldiers from the London, Woodstock and Stratford area for more than 150 years.

Today, 4 RCR is a proud and active unit that strives to set the example in all matters of leadership and soldiering. 4 RCR’s role is to rigourously train its soldiers and officers, as part of 31 Canadian Brigade Group, to be ready for operations both domestically and around the world. The unit, in the past, committed more than 20% of its strength to Canadian operations in Afghanistan and nowadays actively augments operations domestically and in Europe. The role of the infantry is to close-with and destroy the enemy: often under challenging conditions. While the job of an infantryman is a demanding one, it is also a highly rewarding, exciting and fun career and the battalion offers a highly supportive and close-knit family network to all its members.

The Royal Canadian Regiment (The RCR) was authorized as a unit of Canada’s Permanent Force, now known as the Regular Force, on 21 December 1883. Created for the purpose of instructing the Canadian Militia, the Regiment was originally known as the Infantry School Corps. The Regiment’s first garrisons, each occupied by a company plus the supported Instructional Cadre, were at Fredericton, St Jean (QC) and Toronto. A fourth Company was established in London, Ontario, in 1888.

Shortly after its formation, “C” Company of the Regiment saw action in the North-West Rebellion of 1885. In 1898, the Regiment provided men to the Yukon Field Force, which assisted with the policing of the Yukon Territory during the gold rush.