The events that led to the creation of Canada’s National Flag took place during the 1960s, especially the Great Flag Debate of 1964. In the words of M.P. John Matheson, one of the leaders of the parliamentary committee that selected the flag, its creation was the work of “many loving hands.” Here are some of the key individuals who contributed to the flag’s creation. 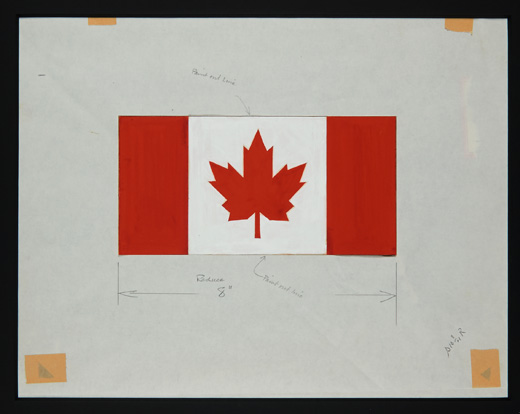 Prime Minister of Canada from 1963 to 1968, Pearson was determined to resolve the “Great Flag Debate.” In 1964, after much debate in the House of Commons, he formed a new parliamentary flag committee whose decisions led to the adoption of our current National Flag in 1965. Pearson himself favoured another design that was not selected, which featured a sprig of 3 red maple leaves on a white square, bordered by 2 blue bands. It was known as the “Pearson Pennant.” 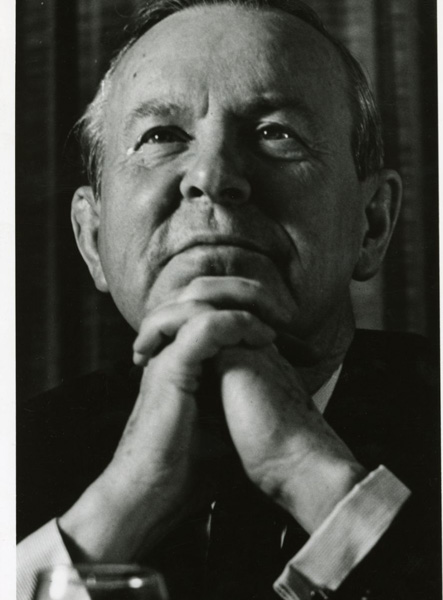 A former captain in the Canadian Army, John Matheson became a lawyer and a Liberal Member of Parliament for the riding of Leeds (Ontario) from 1961 to 1968. Matheson was Prime Minister Pearson’s main advisor during the Great Flag Debate, and was a leading member of the flag selection committee in 1964. Matheson played a central role in ensuring that George Stanley’s shortlisted design – which became our National Flag – achieved consensus in the selection committee. 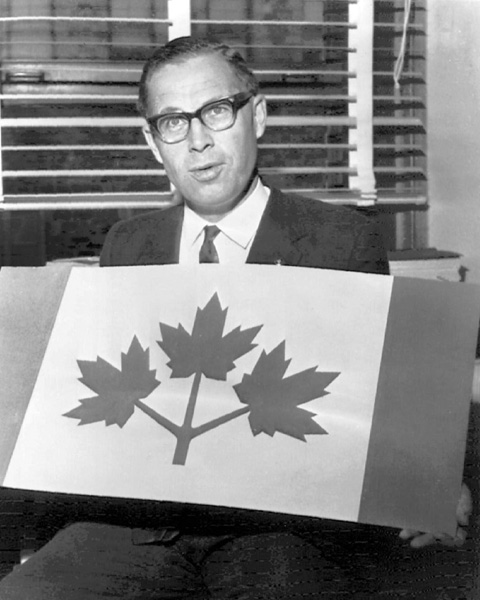 Dr. George Stanley was a former lieutenant-colonel in the Canadian Army and a military historian. He would later become Lieutenant Governor of New Brunswick. As Dean of Arts at the Royal Military College in Kingston, Ontario, during the flag design process of 1964, he was inspired to propose a design based on the college’s flag. His design was selected to become the National Flag of Canada. 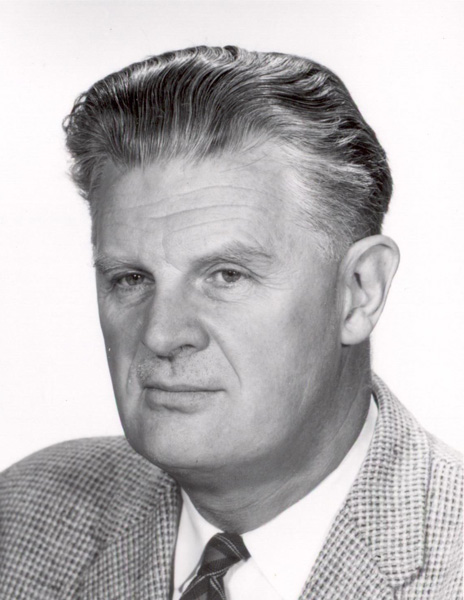 A former lieutenant-commander in the Royal Canadian Naval Volunteer Reserve during the Second World War, Alan Beddoe was a graphic artist and heraldic expert. He was frequently called upon to advise the Government of Canada on heraldic matters and was the principal heraldic expert and design consultant to the flag selection committee in 1964. He was both the creator of the “Pearson Pennant” – the design favoured by Prime Minister Pearson – and of the original graphic rendering of George Stanley’s flag design that was destined to become the National Flag of Canada. 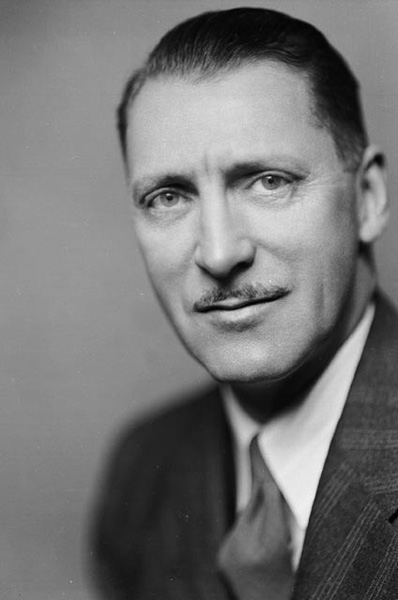 As Director of the Canadian Government Exhibition Commission, Patrick Reid and his team were responsible for determining the precise parameters of the new National Flag of Canada. 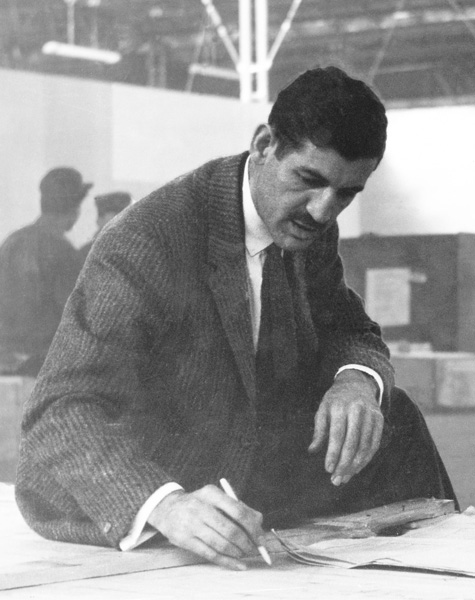 A former Morse code operator in the Second World War, George Bist settled in Toronto as a graphic designer. He was responsible for defining the final proportions of the flag and its various elements. His calculations determined the form of the National Flag that we use today.

Dr. Günter Wyszecki was a physicist and director of the Optics Section of the National Research Council of Canada. In 1964, he was tasked with determining the precise shade of red that would be used in the flag’s production. To this day, reproductions of the National Flag are still required to use the designated shade of red in order to be considered official. 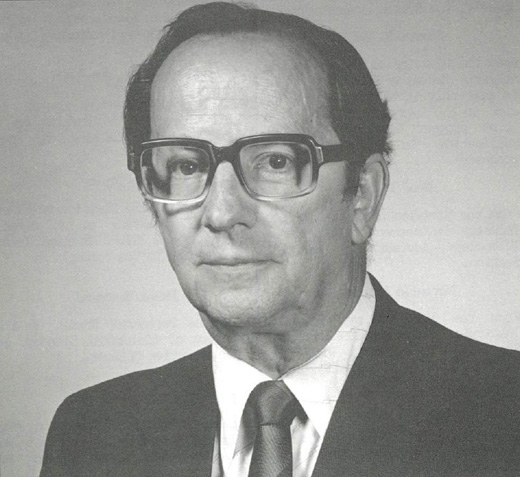 Ken Donovan was an employee of the Canadian Government Exhibition Commission and was tasked with creating prototypes of the proposed flag designs in 1964. Donovan called on his daughter, Joan O’Malley, to sew the prototypes. O’Malley worked late into the night to sew these prototype flags, which were delivered to Prime Minister Lester B. Pearson. 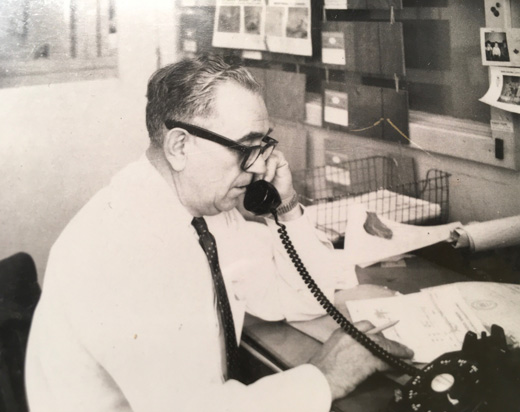 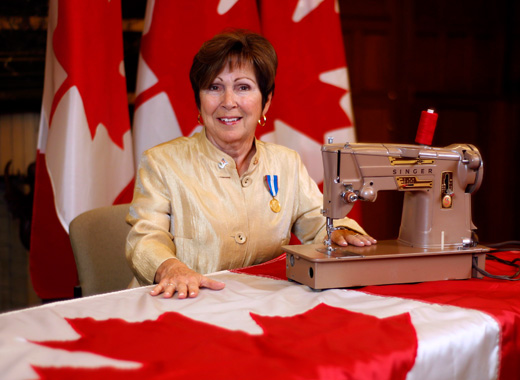