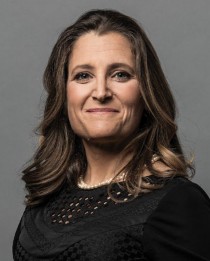 One of Canada’s priorities when we hosted the 2017 United Nations Peacekeeping Defence Ministerial conference in Vancouver was to help change the how of peacekeeping – to contribute to making it more effective. Fundamentally, the Vancouver Principles were created to do just that, while protecting children in the process.

As Canadian Lieutenant-General (ret) The Honourable Roméo A. Dallaire, former United Nations force commander in Rwanda, has said, “By preventing the recruitment and use of child soldiers, we are stopping today’s children from becoming tomorrow’s weapons of war.”

The recruitment and use of girls and boys in war and conflict is still prevalent today. Peacekeepers, and the national militaries and police that deploy them, therefore have a critical role to play in addressing grave violations against children in armed conflict. This includes preventing their recruitment and use. Such prevention contributes directly to the achievement of peace and security, while protecting the human rights of each girl or boy in question.

Canada’s commitment to ending the use of girls and boys in hostilities is not new, and it is our hope that this publication will contribute to our collective peace and security by serving as a road map for countries to implement the Vancouver Principles according to their own circumstances. If in the end, peacekeepers are better prepared, and children better protected, then we will have succeeded.