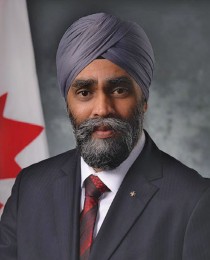 In 2017, Canada was proud to launch the Vancouver Principles on Peacekeeping and the Prevention of the Recruitment and Use of Child Soldiers. Although the recruitment and use of children by armed forces and armed groups is explicitly prohibited under international law, it nevertheless remains a persistent and deeply troubling trend, affecting tens of thousands of children, both girls and boys, worldwide.

More than 85 countries have endorsed the Vancouver Principles since they were launched. While this is a tremendous success, political endorsement alone does not ensure change. This document focuses on the critical question of implementation, and is a unique contribution to the global conversation on child protection.

A special thanks to Lieutenant-General (ret) The Honourable Roméo A. Dallaire for his steadfast leadership on this issue. His work has provided us with a strong foundation to build upon with the Vancouver Principles.

We hope that this guidance will serve as a practical and valuable resource for those who work to protect children from armed conflict around the world. This should be considered a living document that enables us to collectively continue to identify best practices and improve our approach in operationalizing the Vancouver Principles.

Eradicating the recruitment and use of children by armed forces and armed groups will reduce conflict. Through our collective and concerted efforts, we can and will make a difference.

Table of contents
Message from Canada’s Minister of Foreign Affairs