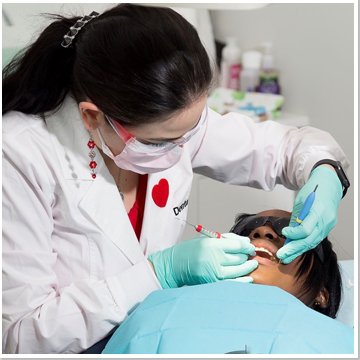 Anaida and her husband immigrated to Canada from Albania in 2002, joining family in Toronto. Having interrupted her dental studies to make the move, she visited the Faculty of Dentistry at the University of Toronto, hoping to find a way to continue.

“I left that meeting crying,” says Anaida. “Where I had come from, the system to become a dentist was different. There weren’t as many levels of education you needed to complete, and the tuition was so much less.”

“But the people here gave me some information on being a hygienist, and I decided that I had a choice; I could keep crying, or I could find another way to deal with it.”

Dealing with it meant a lot of hard work, but a decade later, Anaida is not only a registered dental hygienist, but is also the owner and CEO of DentalX, a full-service dental clinic in Toronto’s inner suburb of North York. The business has 11 staff members and serves some 2,500 patients in total.

“We try to take our time, because some are nervous about dentists,” says Anaida. “I was 7 when I first went to a dentist in Albania, and I didn’t go again until I was 19. I’ve never forgotten my own feelings of dental phobia and understand how stressful it can be for some people.”

In 2017 and 2018, DentalX partnered with local charities to hold Giving Back Smiles, a campaign to provide cleaning services, fluoride treatments, x-rays and emergency treatments to their clients. Two organizations that benefitted from this were the Red Door Family Shelter and Jessie's Centre, which helps pregnant teenagers, young parents and their children.

Sinéad Dunphy of Jessie’s Centre says she knows where to find free dental care for children, but has a harder time finding it for young adults.

“Without insurance, dental care is just not a priority for people, and that’s a problem,” she says. “We need to be able to say to them, here’s a dental partner, let’s make an appointment, because you need to go now.”

Howard Ma, a hygienist with DentalX, says the company’s efforts to support vulnerable people go right back to Anaida. Last year, he nominated her for a Superhero award from the Canadian Dental Hygienists Association.

“Anaida has made it her mission to educate patients on the importance of dental health,” he noted in the nomination. “She loves to help people who have financial difficulties, as she knows the struggle and how hard it is.”

Despite the challenges she has witnessed as a newcomer, Anaida is passionate about the opportunities that exist in Canada, and she remains committed to making her own contributions to the entire community, one smile at a time. 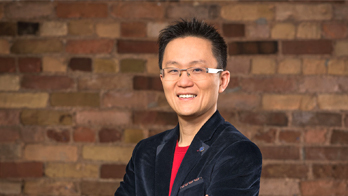