The business sector in Canada employs more than 12 million people. Entrepreneurs are a very important part of the business sector and the Canadian economy as a whole. More than 2.7 million Canadians are self-employed, and more than 800,000 of them have paid employees.

These entrepreneurs ensure there’s competition and consumer choice for products and services in communities large and small from coast to coast to coast. As we look to the future, immigrant entrepreneurs and business leaders will have an important role to play ensuring we have a growing and successful economy.

Economic immigration has always been the lifeblood of Canada’s economic success and has played a key role in the building of our great nation.

See infographic on the impact of immigration on business

Born in Kuwait, Rania Llewellyn immigrated to Canada from Egypt. She is the first woman to lead a major Canadian-owned bank. She has been President and Chief Executive Officer of the Laurentian Bank of Canada since October 2020. The bank serves 1.5 million clients in Canada and employs over 2,900 individuals. Rania had a successful 26-year career with Scotiabank. She climbed up the corporate ladder from a part-time teller to Executive Vice President of Global Business Payments.

Born in Morocco, Aldo Bensadoun founded Aldo Group, a footwear and accessories company based in Montréal that operates in more than 100 countries around the world. On top of his retail success, Mr. Bensadoun is an active supporter of many educational, health-care and arts institutions. Among his many other awards and distinctions, he was named an Officer of the Order of Canada in 2012 and in 2014, was also named knight of L'Ordre National du Québec.

John Molson immigrated to Canada from England and in 1786 established the brewery that still bears his name today. Mr. Molson was also involved in Canada’s earliest banking, steamship and railway companies. The country continues to benefit from his family’s business and philanthropic ventures.

Peter Tielmann immigrated to Canada from Germany and is the founder, President and Chief Executive Officer of Canadian furniture company EQ3. Based in Winnipeg, EQ3 products are mostly made in Canada. All of the upholstery is made in a Winnipeg factory.

Ajay Virmani from India is the President and CEO of Cargojet, the largest cargo airline in Canada. Cargojet provides cargo services domestically and internationally and employs over 800 employees. Cargojet was named one of Canada’s Top 50 Best Managed Companies in 2005, and Virmani received the RBC Entrepreneur Award in 2017. During the COVID-19 pandemic, Cargojet dedicated multiple flights to the delivery of personal protection equipment for health-care workers in Canada.

Karim Hakimi is the founder of Hakim Optical, an optician chain with over 600 employees serving Canadians in 161 stores across the country. When his father died as a child, he supported his mother and siblings by grinding magnifying glass from old windowpanes in his native Iran. He continued his craft in Germany and Switzerland before coming to Canada and starting his now 40-year-old business.

Rola Dagher immigrated to Canada from Lebanon as a teenager. She worked her way up the tech industry ladder to become the head of Cisco Canada, with 1,700 employees. Not only does she advocate for mental health here at home, she has also inspired Cisco to put in place supports for employees globally. In February 2020, she was recognized for her leadership and named one of Canada’s Top 25 Women of Influence. 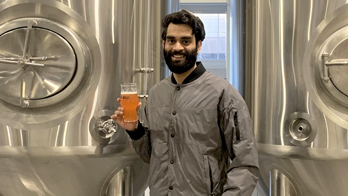 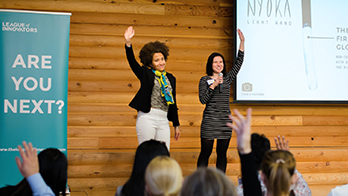 Lighting the path for aspiring entrepreneurs

Originally from the Dominican Republic, Yamila Franco is an eco-entrepreneur, leader and mentor recognized for her positive, empathetic leadership style. 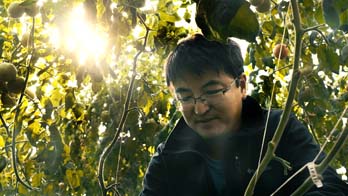