#ImmigrationMatters in Calgary, Alberta -  Investing in the next generation of Canadian business leaders 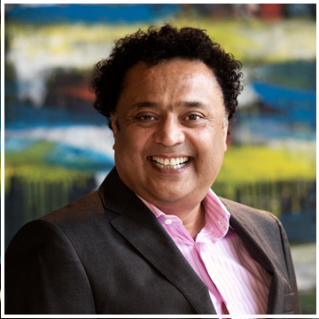 When wildfires raged through Alberta in 2016, Bob Dhillon felt compelled to help those forced from their homes and communities. Having immigrated to Canada with his family as refugees in the 1970s, Bob understood the immense emotional and financial burden of being displaced from one’s home.

As President and Chief Executive Officer of Mainstreet Equity Corporation, one of the best-performing real estate companies in Canada over the last 2 decades, Bob generously offered 3 months of free rent in 200 of his residential units in Edmonton, Calgary and Saskatoon to help hundreds of evacuees in their time of need.

A real estate mogul with a philanthropic nature, Bob believes that his success comes with an immense responsibility to give back to a community and country that have given him so much. Bob came to Canada during his teenage years, having fled a brutal civil war in Liberia. Bob’s parents worked in the real estate business, so real estate had always been part of his DNA.

His new life in Canada allowed him to make his first real estate transaction when he was only 20 years old. As he built a private property portfolio from the ground up, he perfected a model of acquiring undervalued properties and renewing them to a higher quality market standard. An industry leader, Bob now owns and manages more than 12,000 multi-family units.

“I have known and worked for Bob for over 20 years. He is a true leader and visionary. He is passionate and tenacious about everything he does – both for his business and for the community”, says Johnny Lam, Chief Financial Officer and Chief Operating Officer at Mainstreet Equity Corp. “Bob has made it his personal mission to lend a helping hand to those in need and to give back to the country that welcomed him and his family 4 decades ago”.

Bob credits his success, in part, to living in a country that provides him with the freedom and opportunity to pursue his passions, one of which is education. In 2018, Bob pledged a $10-million gift to the University of Lethbridge, the largest donation in the institution’s history. In recognition of this generous contribution, the University renamed its Faculty of Management the Dhillon School of Business.

Bob believes that “education and innovation are critical to the continued success of Canada”, which is why he is shaping the next generation of Canadian business leaders. His involvement in curriculum development and his hands-on approach are helping the business school turn into a major hub of innovation.

Thanks to Bob’s contributions, the new curriculum covers subjects such as bitcoin, wealth management, emerging technologies, industrial trends and investment strategies. The incorporation of these subjects in the curriculum ensures that the school of business stays relevant and competitive, and that it sets its students up for success.

“Bob’s transformational gift enables our business school to make significant progress at a pace and depth not possible prior to his contribution”, says Dr. Mike Mahon, President and Vice-Chancellor of the University of Lethbridge.

“Bob’s business story is an inspiration to others; it shows us what’s possible when you put hard work, innovation, and creativity into action”, Dr. Mahon says.

“Everything I’ve made, I’ve made in Canada”, Bob explains. “I want to give back to the greatest country in the world”. 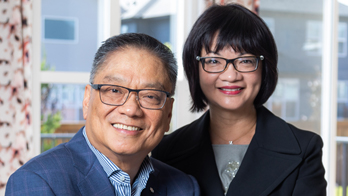