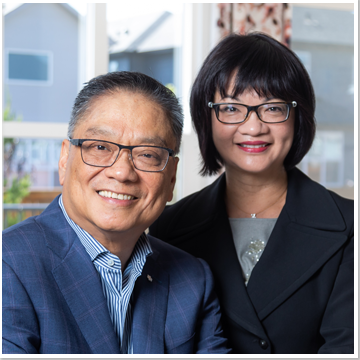 In 2013, unprecedented flooding forced more than 100,000 people from southern Alberta to flee their homes and left dozens of small communities isolated. Two years later, hundreds of homes in the Stoney Nakoda Nation, near Calgary—home to Chiniki First Nation and other Nakoda bands—had still not been restored.

Wayne Chiu realized he was in the perfect position to help.

Wayne owns Trico Homes, a Calgary homebuilding firm whose name is the acronym of its core values: Trust, Respect, Integrity, Community and Opportunity. Although Trico doesn’t normally provide restoration and renovation services, Wayne put its resources to work to restore 160 flood-damaged Chiniki family homes. His team quickly submitted a proposal for the work to the provincial government, then hired and trained band members from the nation. When the project wrapped up 15 months later, all remaining proceeds went back to supporting the Stoney community.

“Trico didn’t retain any profit from the province [on that project],” says Fouad El Kardy, Senior Advisor to the Chief of Chiniki. “He tripled the work outlined by the province and went far above and beyond so the community would have better living conditions. He even paid personally to restore the community’s grocery store.”

The Chius’ commitment to the nation didn’t stop after the restoration project. Wayne created the Chiniki Trico Limited Partnership to support economic development in the community. He is helping the nation study the feasibility of a renewable energy project that would create jobs and revenue by generating solar power and selling it into the Alberta grid.

“Wayne and Eleanor really care, and it shows in every conversation or action. I have no hesitation in saying that Calgary is a better city because we have them.”
Jim Dewald, Dean, Haskayne School of Business, University of Calgary

But Wayne wasn’t always in a position to help.

He came to Canada as an international student, attending the University of Manitoba. After a brief spell back in Hong Kong, he returned with his wife, Eleanor, in 1982 and settled in Calgary. It took him several months to find work as an engineer—and the job lasted only 2 years, as a recession was taking a toll on the oil and gas sector.

Using savings, Wayne and Eleanor bought an ice cream shop in a downtown Calgary office building. But after about a year and a half, Wayne sold the shop and found a job as a sales engineer. Meanwhile, Eleanor returned to university to upgrade her credentials and eventually earned her chartered accountant designation.

By 1987, Wayne’s entrepreneurial spirit had resurfaced, and he launched a renovation company. He established Trico Homes in 1992, when he was presented with an opportunity to work on several multi-family housing projects in Calgary.

With access to minimal capital, the company built just 10 houses in its first year. But it built 15 the next, and grew steadily from there. To date, Trico has built more than 10,000 homes. In keeping with Wayne’s belief in making safe and healthy housing accessible for all, affordable rent is a key focus.

In 2008, after several profitable years, the Chius established the Trico Charitable Foundation.

“I always said to myself that if I have the opportunity to make money, I want to give back to the community where I made it,” says Wayne, who became a Member of the Order of Canada in 2015.

The Foundation helped create the PEAK Home Ownership Program—which provides first-time home-buyers with their down payment—and has launched or collaborated on innovative programs like Futurpreneur, Enterprising Non-Profits, the Social EnterPrize and the Social Enterprise World Forum.

“The Chius are leaving a legacy to Calgary,” says Chris Hopfner, chair of the Trico Group Board. “By providing seed money to help people experiment with sustainability and social enterprise, they are adding to the vibrancy of our city.” 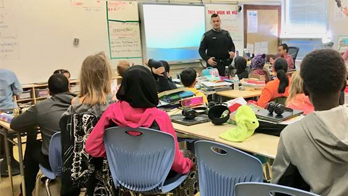