#ImmigrationMatters in Vancouver, British Columbia - Inspiring the next generation of athletes

Knowing her true potential as a Paralympic athlete, Maryam came to Canada determined to wear the maple leaf and inspire younger athletes.

Inspiring the next generation of athletes 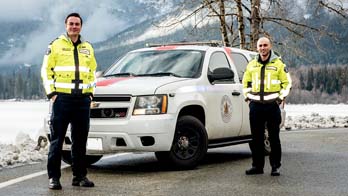 Improving emergency care for British Columbians during the pandemic

Paramedics Tim Makrides and Leon Baranowski have worked with their teams to spearhead advancements in paramedical health care during the pandemic.