Interested in the science of food, Natasha Dhayagude co-founded Chinova Bioworks, a startup made up of 90% women in STEM that’s created jobs in Fredericton. 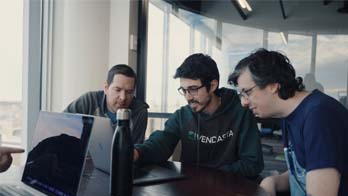 In response to continuous, rapid growth in the industry, many Canadian tech companies find themselves competing for the same pool of candidates. See how hiring abroad leads to new, experienced talent for companies like Vendasta.