Opioid crisis: how improved surveillance is helping to shape the Government's response

Canada's robust response to the opioid crisis has benefited from the leadership and coordination of the Public Health Agency of Canada (PHAC). Within five months of being tasked with coming up with data to define the scope of the crisis, PHAC—in collaboration with provinces and territories—released the first national surveillance report of opioid-related deaths. This was a big task for the small surveillance team, and it demonstrated the power of federal, provincial and territorial (FPT) collaboration.

An epidemic of deaths and overdoses related to opioids in Canada first gained national attention in late 2016, but the crisis had already begun in some western jurisdictions, notably British Columbia. However, because of the absence of national data, it was difficult to assess the extent of the problem.

PHAC and FPT partners came together to address the need for national data. A team of surveillance experts from PHAC, provinces and territories was tasked with implementing a new national surveillance system to collect the data to inform a public health response. They quickly realized that traditional public health networks lacked key information, so they turned to the justice sector.

“Coroners and medical examiners collect information for medico-legal purposes, such as the cause of a death and circumstances surrounding that death. Those data were invaluable for us to understand how many people were dying from opioids across the country,” said Jessica Halverson, Director of the Substance-Related Harms Division.

There were many challenges in forging new cross-sectoral partnerships, including competing priorities, incompatible technologies and varied data collection across jurisdictions. Resources were also limited. PHAC recognized that continued support was essential for provinces and territories to contribute to this national priority, so it allocated resources to hire 12 epidemiologists and place them in provinces and territories to support data collection and strengthen health information systems.

The data and evidence collected through these and other activities have been vital to the Government of Canada’s comprehensive opioid response to date. They have supported resource decision-making and informed policy around prevention and harm reduction activities, such as the creation of supervised consumption sites. The data have also helped inform public education and awareness campaigns through marketing efforts such as TV and radio ads.

Halverson is proud of the coordinated FPT surveillance response to the opioid crisis. “It’s a great example of rapid progress that can be made when all partners are committed, and when it’s an issue that really matters to Canadians. It’s all about the people, the partnerships and their commitment.” 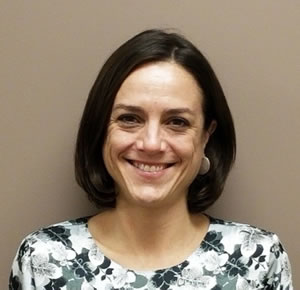 Since the first report was issued in June 2017, another eight quarterly national surveillance reports have been released. The most recent report of April 2019 revealed that more than 10,300 Canadians died of an apparent opioid-related overdose between January 2016 and September 2018.

“One thing this crisis has reminded everyone is that progress is never fast enough when you're losing fellow Canadians, and seeing such devastating impacts on the communities and loved ones left behind,” said Halverson. “But we're making incremental progress and that will help produce results in the long run.”