For readers interested in the PDF version, the document is available for downloading or viewing: 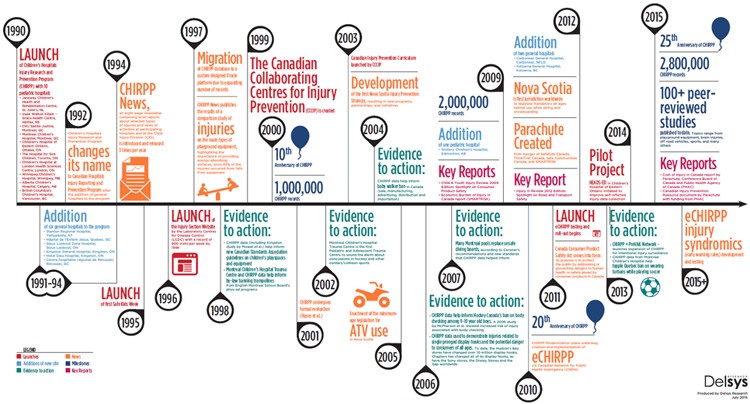 Addition of six general hospitals to the program

CHIRPP News, an eight-page newsletter containing brief reports about selected types of injuries and news of activities at participating hospitals and at the Child Injury Division (CID), is introduced and released 3 times per year

The Canadian Collaborating Centres for Injury Prevention (CCCIP) is created

Evidence to action:
Montreal Children's Hospital Trauma Centre is the first Pediatric and Adolescent Trauma Centre to sound the alarm about concussions in hockey and other contact/collision sports

Addition of one pediatric hospital