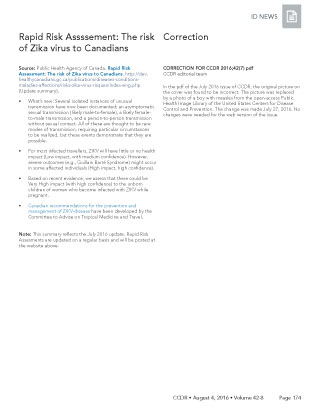 In the pdf of the July 2016 issue of CCDR, the original picture on the cover was found to be incorrect. The picture was replaced by a photo of a boy with measles from the open-access Public Health Library of the United States Centers for Disease Control and Prevention. The change was made July 27, 2016. No changes were needed for the web version of the issue.