PHAC’s enabling legislation, the Public Health Agency of Canada Act, establishes the Agency as an organization in the Health Portfolio. It also formally establishes the position of Chief Public Health Officer (CPHO). The CPHO has a unique dual role, serving as deputy head of PHAC and public health advisor to the Minister of Health, as well as Canada’s lead public health professional, with the authority to communicate directly with the public on public health matters.

The Federal Role in Public Health

While health care service delivery is primarily a provincial responsibility, public health is shared across jurisdictions. The federal government plays a key role in public health, in conjunction with provincial, territorial and local governments and other sectors. The federal role in public health is based on the responsibility for infectious disease control at our borders as set out in Canada's Constitution, as with the creation of a federal Department of Health in response to the 1918 influenza pandemic. Over time, this role has grown and evolved to include a broad scope of federal action to protect Canadians from threats to their health, including key federal leadership in the areas of:

Since the Lalonde Report of 1974, it is recognized that there is a federal role in public health to promote overall health, including efforts against both infectious and chronic diseases. It is also widely accepted that the federal government has a role to take action on public health issues of national concern, in order to protect, maintain and improve the health of Canadians.

So what does this mean at a practical level? While the federal government has particular responsibility in the event of health emergencies, these powers are rarely used, and there are many public health issues of national concern that fall short of an emergency. For these issues, because public health is shared, the most effective initiatives are those where the federal government works in collaboration with provinces and territories. In these areas, there are opportunities for federal efforts to provide added value, distinct from and complementary to other jurisdictions’ activities. These efforts include:

Given its role to take action on public health issues of national concern, the Government of Canada also has led the launch of new initiatives where others lacked the capacity to do so, such as in the creation of the National AIDS Strategy in 1990.

PHAC representation in all areas is comparable to the available Canadian workforce and the Public Service as a whole:

PHAC employs a wide range of public health professionals, including over

PHAC is also proud to be a training ground for many of Canada’s young public health professionals. At any given time, you can find some 200 students learning and contributing to the work of the Agency.

Leadership: We value, at the organization level, leaders who foster long-term planning, innovation, strategic and evidence-based thinking, and open communication and who create an atmosphere of enthusiasm and team collaboration. At the individual level, we value excellence, take ownership and exercise accountability in everyday responsibilities.

Healthy Work Environment: We value an organization that openly acknowledges and recognizes the contributions of its employees, that is supportive of equity, diversity and inclusiveness, and encourages a balance between work life and personal/family life.

Ethical Behaviour: We value a workplace that fosters respect, courtesy, fairness and equality and where people, at all levels, demonstrate integrity, honesty and trust in fulfilling their roles and responsibilities and their internal and external relationships.

Commitment to Excellence: We value excellence in achieving the mandate of PHAC through professional behaviour, competence, objectivity, impartiality, continuous learning, career development activities, creativity and innovation, effective and efficient use of resources, and a continued commitment to the principles and the science of public health.

Dedication to Service: We value respectful and high quality service and acknowledge the diversity of the individuals and communities with whom we interact on a daily basis; we care about and take pride in our work, helping the Minister of Health serve the public interest, and we contribute to the organization’s efforts to reduce health disparities in Canada and the world. 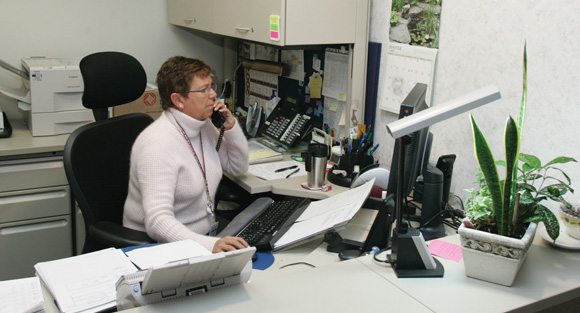