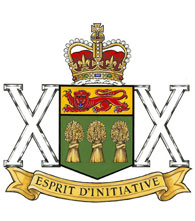 The Saskatchewan Dragoons are a Primary Reserve Unit located in Moose Jaw, Saskatchewan organized as an Independent Armoured Squadron. Our primary role is to provide armoured reconnaissance troops capable of deployment.

The armoured reconnaissance (recce) squadron is responsible for obtaining timely and accurate information which both satisfies the commander’s information requirements and is received quickly enough to be incorporated in the commander’s operational planning process. At the same time we deny such information to the enemy. In the advance we lead the main body of brigade while in the withdrawal; we maintain contact with the enemy, screening them, while the main body pulls back. Thus, we often speak of our role as “First In – Last Out”!